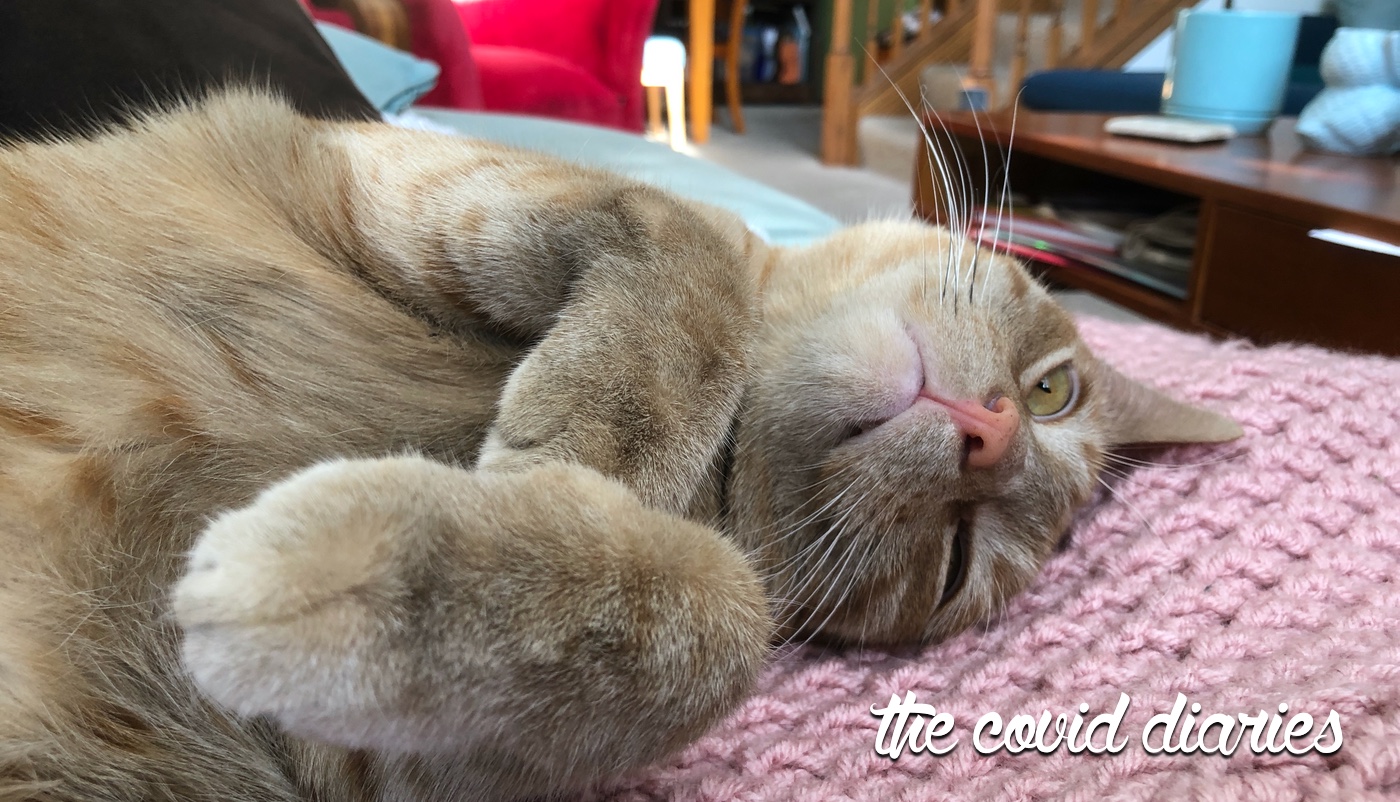 Despite the pandemic, I have reinstituted Family Dinner. It’s on a much smaller scale now, since Sister #3 has chosen to be estranged. Estrange herself? I don’t know the terminology. She has chosen, for reasons unbeknownst to me, to cut her sisters out her and The Tibbles lives. You know this already, right? I don’t want to get into it because it’s complicated and makes me sad and angry. I miss The Tibbles terribly. Obviously.

So yeah, Family Dinner is now every other Sunday. It’s just my parents, my nephew, Maxwell, and his girlfriend, Sonya. I cook. They eat. We get to see each other a few times a month and I don’t die of loneliness (and hopefully none of us catch the ‘rona).

Feeding people is my love language.

This week I made my dad’s favorite: Lasagna. You’d know this if you read yesterday’s list. I went all out on this shit. I cored, blanched, and peeled umpety million tomatoes. I let that sauce simmer for an eon. I seasoned and tasted and seasoned and tasted. I used 1.5 pounds of cheese in this thing.

It was a pretty fucking good lasagna.

I would consider this a high compliment if it came from anyone else. However, my mom thinks whatever I have prepared that she’s eating is the best I ever made. It doesn’t actually matter how much effort it takes either. A tuna salad where the only thing I literally do is boil pasta and stir in canned stuff? Best I ever made. Every. Single Time. I do give her shit about this, and she’ll say “No, this really is the best you ever made.”

Though, tonight when I handed out the monster cookies I made I did preface it with “these are literally the best I ever made.” They really were. Max even agreed. I don’t know what I did differently, and I generally hate making cookies, but these mofos are fucking delicious.

The best part of feeding people is sending them home with stuff. Now that Max & Sonya live on their own, I send them home with extra stuff. It’s become a competition with myself. . . what kind of randomness can I foist upon the youths?

Tonight they left with:

I tried to get them to take some albondigas soup I made, but they’re both spicy averse and weren’t willing to take the risk.