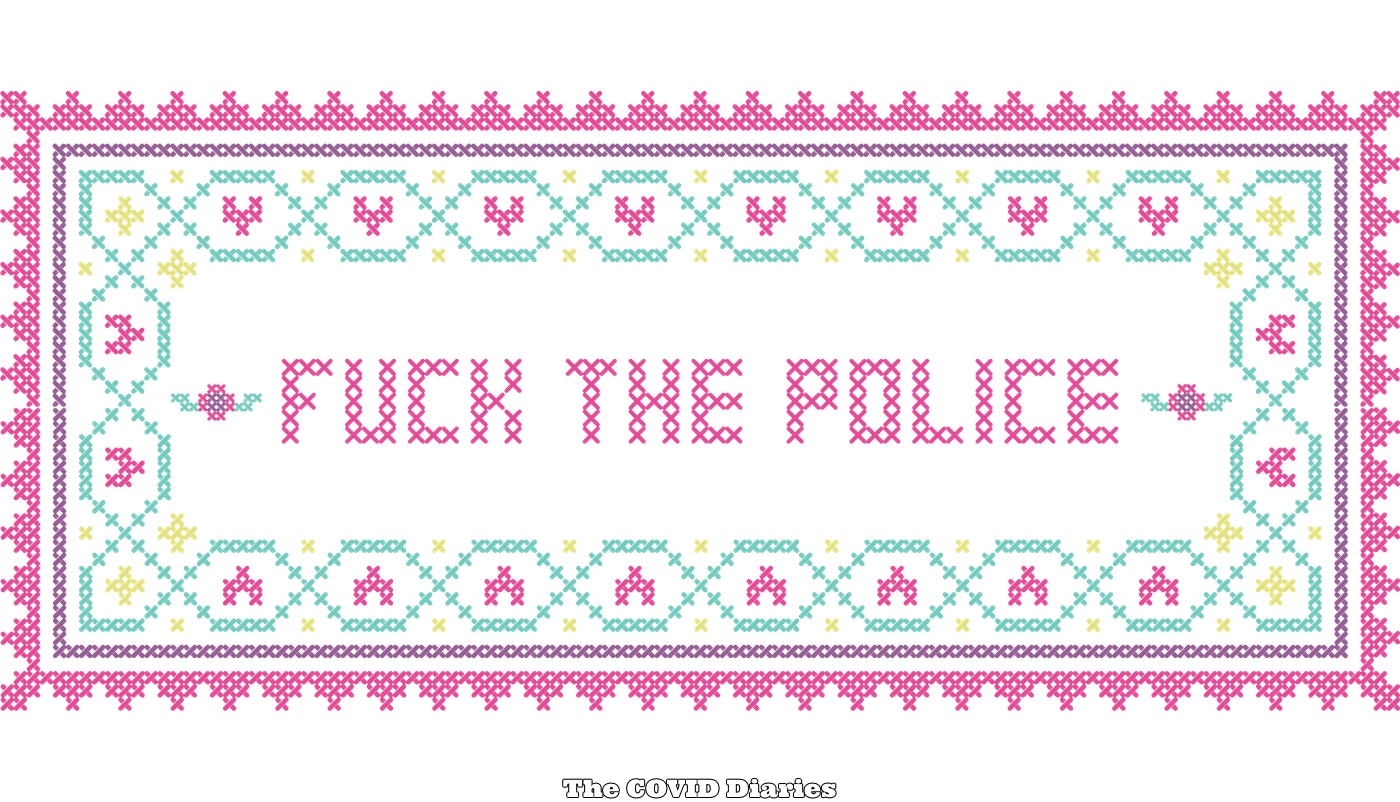 I don’t know where to begin.

Oh wait. To begin: Black lives matter. Police departments across the country are violent, destructive, racist organizations that should be abolished immediately. I liked this idea in theory and then I really super loved it when I read this series of posters asking you to imagine the alternative. I had never imagined the alternative, because as a white, middle-aged woman I didn’t really have to, which is a huge failure on my part. But, I WANT THAT! I want a city/state/country filled with people who are trained and paid to help everyone and not do whatever kind of fucking violent bullshit they want because they’re “authorities.”

Also, the U.S.A. needs to pay reparations to Black people for this country’s centuries of racism and reaping the wealth built on slavery.

Also, I just remembered I went on a date with a cop one time when I was in my 20s. He was icky. What the fuck was I thinking?

I wasn’t sure if I should begin at all. I’m struggling with the line between silence is violence and shut up, listen, and learn. I’ve spent time discussing with Sister #2 and Jaycie, my 22-year-old niece, the difference between performative allyship and being a genuine ally.

We don’t know the answer, but we’re thinking about it, listening to Black women in this moment, paying them for their work, and doing our best.

I will fuck it up and I’ll have to own it, but fear of getting my feelings hurt is not even in the same galaxy as fear of being murdered by the police because of my skin color.

Earlier this week when my nephew came downstairs for the day I was debriefing about my morning/afternoon. I do this to him every day. I’m sure he hates it, but it’s my house!

“Do you donate somewhere every day when you feel sad?” he asked.
“Yeah.”
“Does it make you feel better?”
“It doesn’t make me feel worse,” I said.

There are a bunch of Black-led organizations you can give money to help with their mission. I would suggest finding the ones in your community who are doing the work and give them some money to help. I haven’t donated yet today, because I’ve been too busy trying to teach my mom via phone & email how to record a video for Sister #4’s birthday tomorrow.

But yesterday I donated to Juxtaposition Arts and I bought some pins from The Minnesota Pins, a creative business owned by a Black woman. And now since I’m finishing hours later today I gave money Gully Boys, a band I love, so they can get some new drums.

I know sending money does not absolve me of having to do the work, but it’s the best I can do right now.

P.S. I planned on having an awkward conversation with my mom about what’s going on in Minneapolis and around the world, but she was completely pro-protesters and was all “burn the motherfucking shit down” only she said it in Minnesota Mom language.