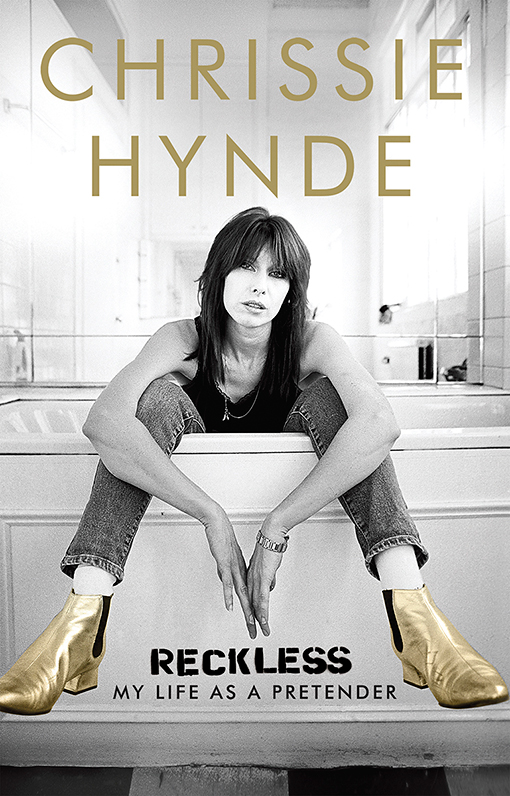 It would be impossible to measure how excited I was when I first hear that Chrissie Hynde was going to publish a memoir. After all, in their memoirs both Linda Ronstadt and Pat Benatar named Hynde the Queen of Rock & Roll. That’s some pretty high praise from women who had both been labeled the queen by the media at some point in their careers.

All hail the Queen of Rock & Roll, just don’t read her memoir if you want to keep that illusion.

This one was, for lack of a better word, yucky. Reading it made me feel yucky. It sounded like Hynde felt yucky writing it. For the most part, with a few shining spots, this one is a giant bummer.

I’m not a doctor and I don’t play one on TV, but man does Chrissie Hynde sound like she has the lowest of self-esteem. It rolls off every page. She consistently mentions what an aimless fuck-up she was, how she had no drive, and was basically a big disappointment. There was no way to know if this was self-deprecating humor or not. It was yucky.

Hynde grew up in the baby-boom heyday around Ohio. She had two loving parents, a loving older brother, and an almost inborn sense of restlessness. The one thing Hynde loved early on, music? She snuck out to Akron and Cleveland to see bands. She learned to play the guitar, she tried to figure out her sexuality.

HIGHLIGHT: “I can’t remember having sexual fantasies about actually getting it on with one of my rock-star heroes. I wanted to be them, not do them,”

After bumbling her way through high school she bumbled her way through Kent State for a few years. However, Hynde is an indifferent student, though she liked art. She flits about doing drugs going to rock shows, working as a waitress, traveling to Mexico and California and not doing much of anything.

HIGHLIGHT: Hynde talking about being there when the Kent State shooting took place in 1970.

At some point she is raped by a gang of “heavy bikers” and then takes responsibility for the event because she was drugged up and there. It’s a horrifying context for “Tattooed Love Boys.”. And really makes clear this from the book’s prologue: “I regret half of this story and the other half is the sound you heard.”

There’s another disturbing scene where she is kind of held-hostage and raped by another heavy-biker for a few days. Her retelling is a little disjointed, but ewww.

Eventually she hightails it to Europe and spends the rest of her life (thus far) there. She bums around London and Paris. She writes for NME though she says she sucks as a writer (this memoir is a testament to that). Almost marries Sid Vicious for immigration reasons. She works with Malcolm McLaren and Vivienne Westwood. There’s a lot of drugs, a lot of squats and homelessness, a lot of near-misses she almost joined The Damned. Almost played in The Clash. Almost writes an interesting book.

Near the end of the book she talks about finally forming The Pretenders, sleeping with her idol Iggy Pop who apparently has a giant penis, and then losing two of her bandmates to drug overdoses.

It’s a sad, emotionally-distant book. Hynde’s love for music does come through and that was always fun to read. However, so much of the book is overwhelmingly about how much she sucks and fucked everything up that the good doesn’t over come the yuck.