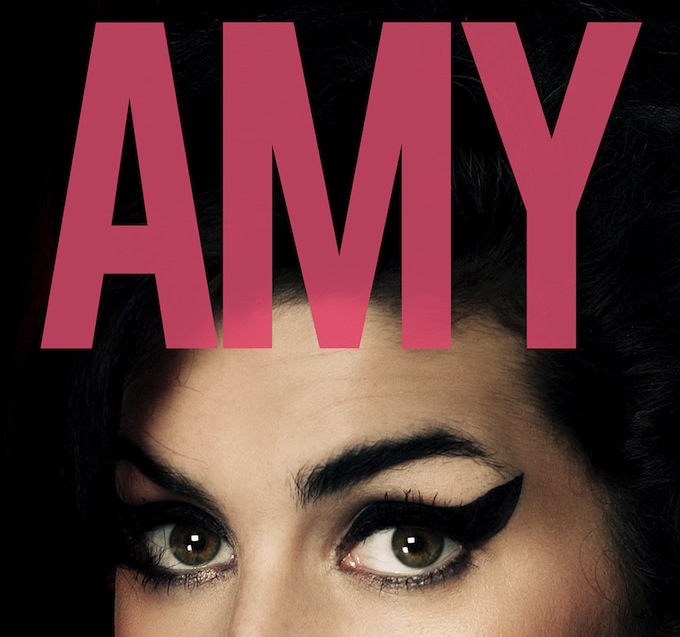 Left to my own devices, I’d have seen “Amy” once it hit Netflix. However, when your seventeen-year-old music-loving niece texts you and says, “Want to see the Amy Winehouse documentary at 10:30 with me?” The only answer is “Of course.”

Because my love for Jaycie is deeper than my love of pajamas and not leaving the house at 10:30 p.m. and avoiding the hellmouth, I found myself at the Eden Prairie Mall at 10:30 on a Friday night. Yeah, I don’t even know who I am anymore either.

My Amy Winehouse knowledge could fill a thimble. I knew about her struggles with addiction, her big voice, and how inescapable “Rehab” was when it hit big. I also knew that the day she died a whole herd of the men I follow on Twitter were utterly heartless about her death (Same goes for the night Whitney Houston died).

This documentary about her life and death is at times equally heartless, and overall utterly heartbreaking. It’s the kind of movie that infuriates a lot.

Before I get to bitching, I really did love every single second that was spent on Amy and the music, especially her songwriting and learning what aspects of her life inspired her lyrics. I wanted less pathetic drug addict and more talented artist. However, celebrating her talent is not what this movie is about.

It’s pretty unsparring to everyone involved — Winehouse, her husband, her dad, her management team — and that makes it feel as though it is giving you an unbiased representation of her life. But you can tell the movie is made by a man and the male gaze throughout was tough to stomach.

While I appreciated the way the documentary was put together — often using videos and pictures of Amy herself with voiceovers from the people in her life instead of just watching some talking head yammer on — there were times where editing choices were super disturbing. Often the movie would pan around a still photo of Amy, lingering on her stomach, her hips, her breasts, and her thighs while the voiceover was discussing something that had nothing to do with her body.

It’s revealed, kind of late in the movie, that Winehouse struggled with bulimia from the time she was a teenager. However, her self-image and the eating disorder are never discussed at great lengths except in relation to her chemical addictions and how the disorder exacerbated the effect the drugs had on her body.

Learning this, makes that focus on her body during those still shots feel even grosser.

Her husband? He’s often blamed for her descent into drugs and he was a huge enabler, make no mistake, but on video of their wedding day he talks more about Amy paying for stuff than his love for her.

And her manager? He often put performances above her well-being.

The dudeness of this movie about a female singer just cannot be overstated. And the movie made it feel like all these men were feasting on this sick, struggling, talented woman without any thought for her emotional, physical, and mental well-being. At one point Amy escaped to St. Lucia to try to be clean and avoid the cameras, however her dad brings a crew to film a reality show and then forces her to pose for pictures with imposing fans.

Really, I wanted to kill nearly everyone involved in her life. And I had extra murdery feelings for George Lopez who cracked a rude joke at her expense as he announced her Grammy nomination and for Dave Grohl who laughed at it. Fuckers.