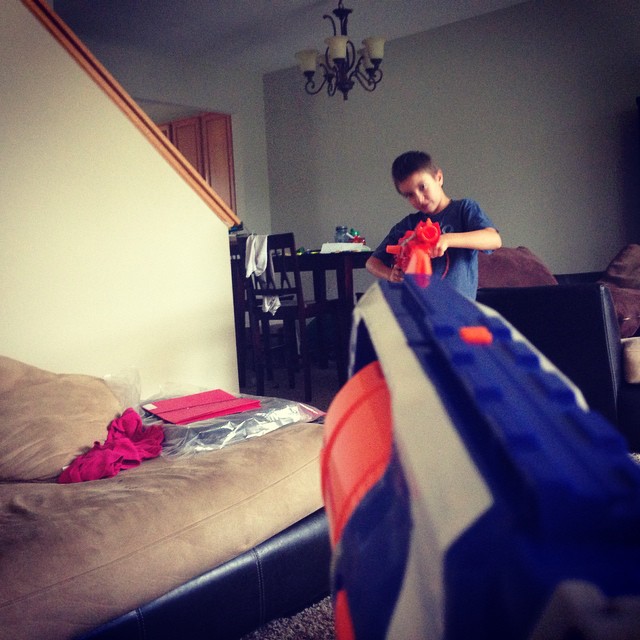 Have I ever told you about Sexy Lingerie? It was the name of the fake band my sisters’ and Jodi Hanson formed. They played various “instruments” — milk crate drums, wrapping paper tube and tennis racket guitars, an old stereo turntable with 8-track as a keyboard and even wrote one song.

Each of the band members had names and everything. Jodi Hanson was Satan (of course), Sister #2 was Venus (I think), Sister #3 was Pleasuria (rhymes with lingerie), and Sister #4 was Hailey. I was the chump sitting on the basement steps hating them.

None of us can remember why they wouldn’t let me join even though I begged and begged. All of us remember the lyrics to the one song they “wrote.” I cannot reveal the lyrics, those need to be experienced in person. Also, we cannot talk about the whole band thing without tears streaming from our eyes and laughing until we are gasping for breath.

Last week at Rock & Roll Bookclub when the fake band came up along with my never-ending outrage at being blackballed from the band, Sister #2 revealed the true origins of the band.

“We were basically a Bananarama cover band,” she said.

When she revealed that little gem I felt the Augustness of August start to fall away. August was a cruel, unrelenting, ungrateful, demanding beast.

My August was so Augusty that last night at family dinner Sister #2 asked if I was happy to see it come to end.

She nodded her head all concern and sympathy. “It was pretty rough for you. Now you can look forward to The Replacements.”

“It’s been so horrible,” I said. “I completely forget about The ‘Mats.”

“Wow.” She raised her eyebrows in alarm. “That is bad.”