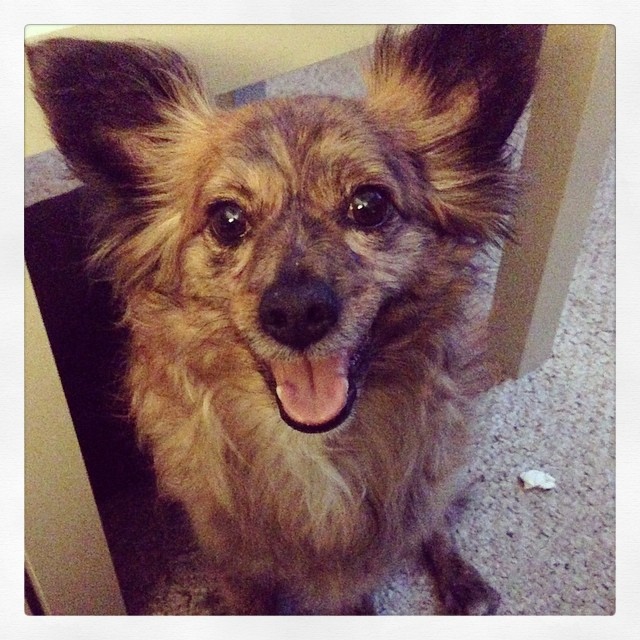 Last night, or rather at 12:45 this morning as Paco began to caterwaul and bat at the downstairs window, and as Walter, who is spending the week at Supergenius HQ while Sisters #2 & #3 and everyone else vacations in Florida, began to bark, I thought about going downstairs and wringing the neck of the calico cat bastard.

However, since I was naked in bed and had wimped out by turning on the AC to combat the armpitty MN weather, I decided to stay where I was and just think bad thoughts about the cat. Long about 2 a.m. before the adrenaline completely wore off I decided that since it also visited on 4th last month that it’s clearly a cat in heat, and who am I to judge harshly a creature looking for some loving? Then I remembered the derelict screens and I judged that stupid cat bastard for trying to seek out loving from my cat who has no testicles.

Lucky for the calico the damage to the screen was minor. I’m hoping she doesn’t come back tonight. I could use a full night of sleep.

Not that it matters, really, because I am on vacation from my summer job.

In other news, I met my cousin’s new girlfriend on Saturday and it was weird. We’d all gathered at his McMansion in the swankier part of Prior Lake for my Uncle Wayne’s 60th birthday party. Before I get to that, I have to tell you that Sisters #2, 3, and I decided to make Uncle Wayne an honorary member of the Sister Club for his birthday because he’s so snarky. Last night at family dinner Sister #2 said, “We get our snarkiness from Wayne.”

Anyway, so I met the girlfriend for the very first time in my entire life and as I shake her hand and say, “Nice to meet you” she says, “Let me see your Superman tattoo.”

Can we all agree that that’s really fucking weird? Like, who asks such a question? And she knew that the Superman tattoo is located in my cleavage, because she made a sort of “show me your tits gesture.”

And how did this woman I’ve never met before, whose been dating my cousin for like six months know about the tattoo? Like does he say, “oh yeah and I have this cousin with a Superman tattoo on her chest”? Because I cannot remember the last time I’ve mentioned one of my cousins with someone I was romantically involved with.

It was so awkward and so weird that I’m not even sure how to process it yet.