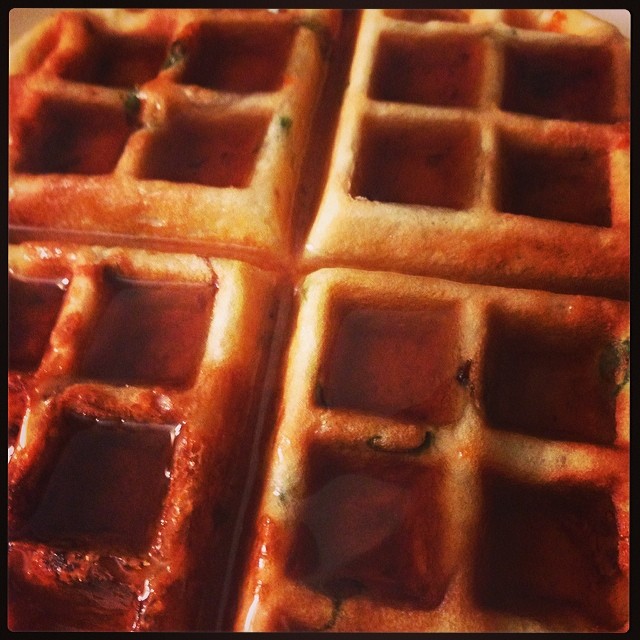 I’m not entirely sure what it means to double down. It has something to do with black jack, right? I’m not much of a gambler.

When I worked at The Nerdery, my friend Malmsy and I used to go out to lunch at this tasty little Indian-food buffet over off of 494 and Penn. It was delicious. Inevitably as we were nearing clean plates on round one, Malmsy would look up naan poised between the table and his mouth, “You gonna double down?”
“Hell yes,” I’d say.

The nice thing about the Indian buffet is that after eating lunch there you’re pretty much set for the next 16 hours as far as food is concerned. The bad thing is it making it through that 3 o’clock afternoon lull is brutal.

Wasn’t there also a Kentucky Fried Chicken sandwich called the double down? I’m refusing to google.

Earlier this week Christa and I were talking about the “death” of blogging. I was full of bravado about how blogging is not dead despite what Kottke says. And Christa was all “it’s a little dead,” which is probably being like a little pregnant.

Then I admitted that yes, in fact, blogging is probably dead, but I don’t care. And I don’t. I never considered what I’ve done here on I Will Dare blogging. It’s writing. It’s journaling. It’s farting around on the Internet. It’s never really been blogging.

I really just wanted to brag about my cheddar bacon scallion waffle (and my very first waffle maker).

This has nothing to do with doubling down. What does?

Go take a look around I Will Dare. It’s bigger, better, and badder than ever before. I even rewrote the About page for the first time in about 22 years.

Even though blogging is dead, I didn’t want my blog to die. I love this stupid site too much to let it go fallow. So I doubled down. I went all in. And here I am typing at you on a Friday night eating a cold waffle. That’s how dedicated I am to this whole renaissance.