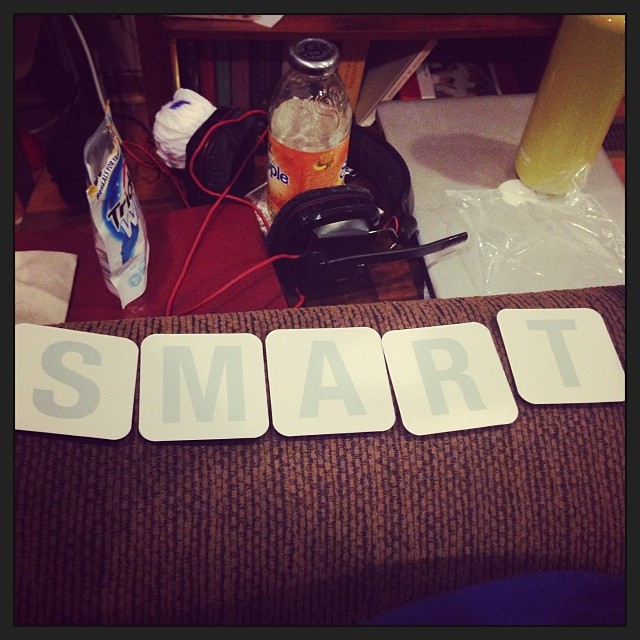 This post is going to start out telling you about a few dreams I had last night and today while napping away an awful sinus headache. I promise to make it as short and unboring as possible and leave out all the weirdo, Twin Peaksesque details that only infatuate me.

So I dreamt three times in the past 24 hours that I was going to forget to go a Replacements’ concert at 8:30 on Sunday. The first dream involved me eating lunch with Andy Bernard from “The Office” and in the middle of my turkey club I was all “Holy Shit, I can’t forget to go to the ‘Mats concert tonight.”

The second time it involved wandering around what was, I think, New Orleans with Spike from Buffy the Vampire Slayer. He wanted to go somewhere to some dark alley to make out and I was all “I can’t, I might forget to go to the ‘Mats concert tonight.”

Since yesterday and today are days filled with reflection and resolutions, I’ve been wandering around Supergenius HQ wondering what does it all mean?, aside from the obvious fact that I’ve spent entirely too much time in front of the TV the past month and a half.

I’ve come up with three vital lessons the dream is imparting: one portent, one reflection, and one about real life seeping into dreams.

First, clearly, The Replacements are going to play a concert in 2014. The chances are pretty good that I’ll go with Wolfdogg to that concert. However, if vampire Spike wants to tagalong I would not say no. The anxiety of the dream probably has more to do with #3 than my actually forgetting to go. I forget a lot of things: if I took my vitamin, to set the timer on the coffee maker, and just how many Hershey’s Kisses I can cram into my gullet before it makes my stomach hurt. A ‘Mats concert is not something I’ll forget.

Second, in Chicago when that woman I didn’t know tapped me on the arm and said “You look so happy” it was one of the best moments of my life. I was so happy and the fact that she could see that made me even happier. As an angry hermit and a Minnesotan and a member of a giant, repressed Catholic family, I often worry that I don’t express my emotions adequately. I express my thoughts just fine, I know that, no need to be all “tell us what you really think, hardee har har,” thank you very much. But thoughts are not feelings and, well, I worry that I’m closed off and cold and incapable of showing affection. But in that moment, I was a sappy, delirious, tear-stained, grinning mess and her seeing me and noticing me was thrilling. So I’m pretty sure the dream was a reminder to not forget that I do show emotion. Or that I’m capable of over-the-moon happiness.

Finally, I’m pretty sure the anxiety about forgetting to go to the concert has more to do with Ruby’s current state of broken-downness than any fear that I might actually forget to go to the concert. Rube’s is getting long in the tooth and I worry that she’s on her last wheels. Right now she’s on a battery charger and I’m holding out hope that my brother-in-law was right and that her inability to hold a charge has more to do with the temps being at a constant negativewhydowelivehere than a bigger problem. Though, for some reason, I believe its the starter. She doesn’t start, starter problem, right? We’ll see.

Oh, and really, truly, finally I actually made a resolution today. Last night I was too busy eating pizza and playing games with my family to make one, so I just did it today. My resolution is to write more and worry less about making a point. Last year I was frozen with point-making anxiety. I don’t know why, I’ve been blogging for thirteen years without a point. We’re going back to that.