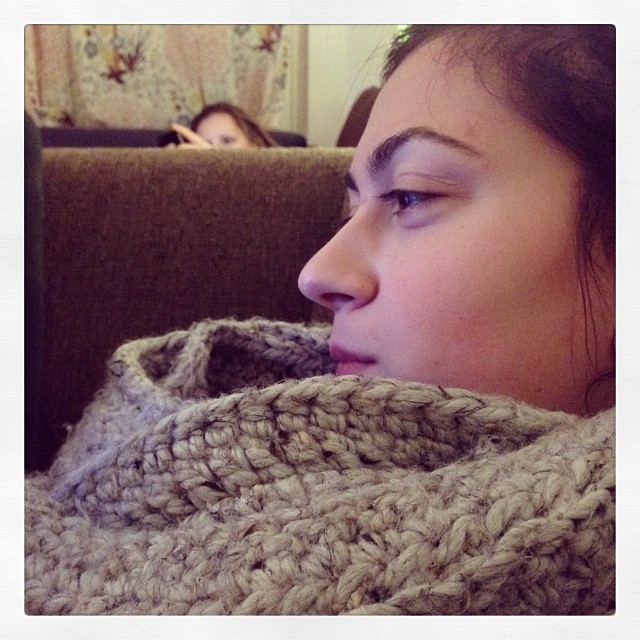 From there I snuggled into the couch with Enid, a cup of coffee, and some donut holes to read about Christa’s impressive trip to Target and search the internet for various beef stew recipes. 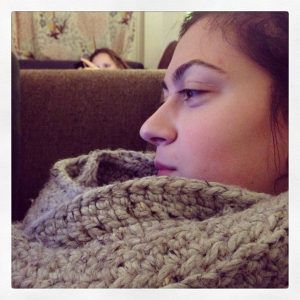 In a fit of giddiness over the departure of Sister #4 and the end of the exhausting Christmas get-togethers I announced I would make beef stew and chicken noodle soup for Family Dinner tonight. I have no idea why, because I haven’t eaten beef in like a decade. Also, beef is expensive. But I know that many of the the Family diners will enjoy a hearty beef stew, especially when the temperature is Negative Freeze Your Tits Off outside.

After about three recipe read-throughs I decided to do what I always do, make the shit up as I go along. I used to make beef stew all the time after college when I still lived at home. It’s probably like riding a bike. I’m hoping it comes back to me.

I’ve already decided that I won’t be using my spanking new, pre-seasoned cast iron skillet for it. I don’t want to beef that shit up.

9:34 p.m.
As I type The Tibbles are watching Harry Potter and totally dying over the fact that I haven’t read any of the books or seen any of the movies and not even the StarWars movies, which is some kind of heinous crime in their eyes. They are also fighting over what they would do with their individual magic powers. There is a lot of smack talk going on involving the words crap and stupid.

The sheer amount of words tumbling from their mouths at the moment is overwhelming.

10:15 p.m.
Aaaahhh, The Tibbles have been put to bed, which means they are quiet(er), and I am relieved. Before they marched upstairs we had this exchange:
“Now what’s the rule?” I ask.
“No getting out of bed until the coffee maker beeps,” Nolan said.
“Right,” I said, proud that lessons have stuck.
“What if we have to pee?” Liam asked.
“Pee and then back to bed!”
“What time does the coffee maker beep?” Liam asked.
“7:30,” I said.
“I don’t know if I can sleep that long,” Liam said.
“Well, you can try.” 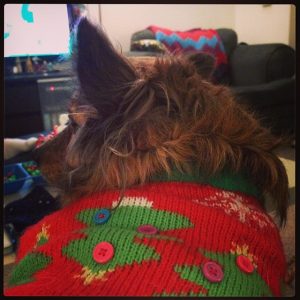 Before the bedtime there was an especially raucous Family Dinner that involved a lot of yelling regarding the Bears vs. the Packers. At one point half my family was on their feet cheering while the other half was on their butts booing. I was confused by it all and spoke softly to Walter about how football was stupid. He, clad in his Christmas sweater, totally agreed.

There was much bitching regarding the Awful Christmas of Twenty-Thirteen, filled with the kind of family drama I would spill all over this blog if it wouldn’t take about 182,395 words to explain. So instead, you’ll have to trust me when I said there was a bunch of sister drama and all of it sucked.

So aside from all that, the most important thing that happened on this boring Sunday (aside from starting Roseane Cash’s memoir Composed) was that I finished watching the Buffy spin-off “Angel.” It was okay. It kept me occupied enough while working on the Christmas gifts (I will always be working on the Christmas gifts). The show would have probably worked better for me if I had any patience at all for the dark, brooding types, but alas, I do not. In fact, they kind of annoy the hell out of me all their torture I’m mysterious and deep bullshit. Quit, trying so hard buddy. Also, get over yourself. Also, would it kill you to crack a fucking joke once in awhile.

Next up in the TV marathon is going to be either “Quantum Leap” or “The West Wing.” The jury is still out.