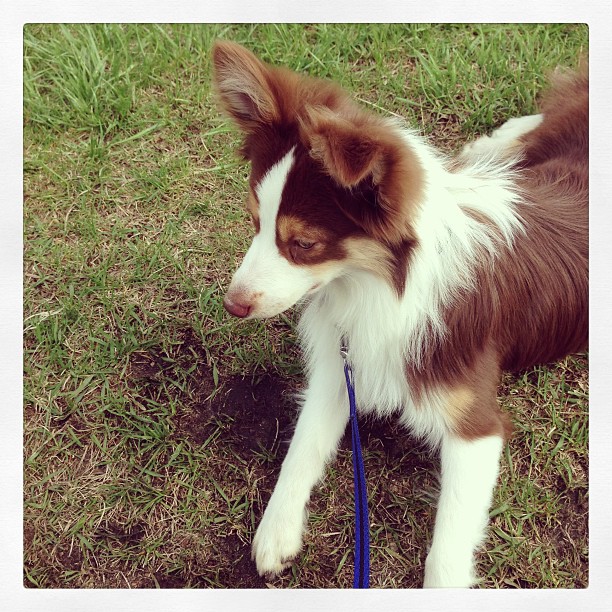 Lex is my BFK’s puppy of some breed I don’t know the name of. Since she was off at the craptastic farm celebrating her in-law’s 50th anniversary, I was home with the arch-nemesis. You get that he’s my arch-nemesis because I have a Superman tattoo, right? Okay.

After this weekend I have come to two conclusions. First, people who raise puppies into dogs should get free get into the afterlife of their choice cards. Puppies, man, they are a lot of work. You puppy people get all the props. Second, I am not a dog person.

Because it was ridiculous o’clock and because I got roughly eight minutes of sleep the night before, I did the pottying of the puppy and promptly plopped back into bed until about 9:30.

Sleeping so late and missing most of Meet the Press threw my day right out of whack and it never quite got on track. I spent most of the morning and early afternoon listening to The Current, saying “No, Lex!”, and writing about the fantastic Uses for Boys. There was some lunch in there at some point and a very quick shower. Honestly, I don’t remember a lot. I’m not worth a lick when I haven’t gotten a proper amount of sleep.

Around three I brought Lex back to his humans whom he missed and who missed him, and picked up my niece Jaycie where we went to view “The Great Gatsby” in 2D. We agreed as we walked through the always empty Shakopee Town Square mall that 3D sucked because it made our eyes and brains feel funny.

With a tub of popcorn & a giant Fruit Punch to split we settled into Baz Luhrman’s dizzy, overlong, but still kinda good adaptation of The Great American novel.

Here’s what I liked:
[plus_list]