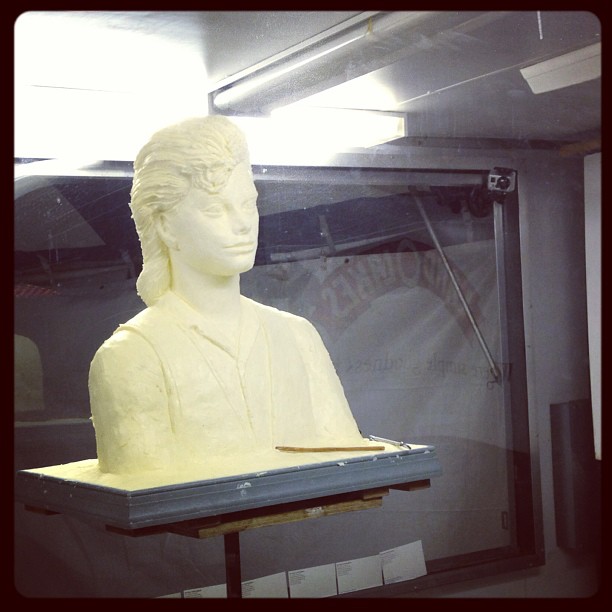 11:01 a.m.
I’m having a hard time getting into any sort of groove. So far I’m blaming this on my post-vacation semi-cold. It’s not like a real hacking cough kind of cold, but an achy-throated, brain leaking out your nose kind of cold annoyance thing. Also, I’m pretty sure since I arrived home from Chicago I’ve spent more time sleeping than awake. Today I managed to wake up at the crack of 9:39. Yesterday it was 8:30 a.m. and that’s only because I was asleep by 10 p.m. One day this week I didn’t get out of bed until 10. TEN! I spent most of that day lecturing myself about wasting half the day.


Not really. I figure my body must need the sleep. If I were prone to depression or felt super lethargic upon getting out of bed, I’d be worried. But I think I’m just really fucking tired. Or was. I don’t feel tired at all right now.

Look at how boring that is? I spent nearly two-hundred words yammering about sleep. What should I type about next? Coupons? The delicious chicken noodle soup I made yesterday? How much I’m looking forward to family dinner tonight since I haven’t really seen the fam for two weeks? I’m jonesin’ for The Tibbles.

I will confess to you that upon waking the first thing I did was set to YouTubing videos from last night’s final RiotFest. The ‘Mats were resplendent in orange cowboy hates and pink skirts. I must also confess that I was up until after 1 a.m. reading tweets about the concert & twittering with other ‘Mats-fanatics. My fangirlism has been ridiculous lately.

I’m really, really looking forward to some hometown shows. I am convinced this is happening. So convinced that if it doesn’t happen I will be shocked. SHOCKED!

Speaking of music, after donating to Dessa’s “we was robbed” fund yesterday, I’ve been eagerly awaiting for her to hit her goal. I’ve refreshed that page 1000 times.

And speaking of more music donations. I’ve been listening to and enjoying the hell out of Caroline Smith’s “Half About Being a Woman”. Here’s the video for “Magazine.”

9:17 p.m.
Exactly seven days ago, as I type, The Replacements were taking to the stage in Chicago. I’m still not entirely convinced it wasn’t just a dream.

Not that tonight’s reality is too shabby. I’m sitting in pajamas on my couch eating chocolate and watching the Emmy awards. On my drive home from Family Dinner, I listened to Sound Opinions (I know, I should be boycotting) because they had Jim Walsh on talking about The ‘Mats, and as much as I love Jim Walsh, I’d really love to hear a woman talking about The ‘Mats. I mean, someone besides Andrea Swensson (and not because I don’t love Andrea Swensson, because I do. I admire her not only because she’s good at what she does, but because she runs in a field rife with dudes and that cannot be easy) but you know what I mean…

Anyway I will shut up about The Replacements for awhile because I can feel myself growing ever more boring.

Family Dinner was delightful (lasagna, fettuccine alfredo, and a salad), The Tibbles cared not at all that I was there. In fact, I think I saw Cade for all of four minutes. Walter missed me though. And best of all there was tons of family scoop I had missed out on. We had back to back family weddings (one I missed because I was watching Debbie Harry in Chicago and one I missed because the idea of spending seven hours in a car yesterday sounded like hell on earth), so there were many break-ups and drunken antics to gossip about. Sometimes I bitch about having roughly 182 cousins (and that’s barely an exaggeration), but sometimes it gives us a lot of people to talk about.

THIS JUST IN: Mr. Gaines from “A Different World” died. Apparently this happened in February. Somehow this is brand new information to me thanks to the dead people montage on The Emmys.

That’s about all I got for this boring Sunday, tune in next Sunday when I talk about “The Love Boat” (for real, it’s on TV again).