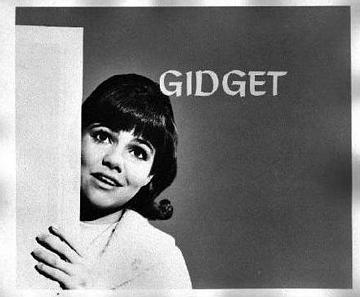 I got home late last night, nearly midnight, which is really super late for angry hermits who never leave the house. And because I’m one of those people who can’t go right to bed upon arriving home I sat on the couch to unwind which involved drinking water and kind of watching “Joe Dir”t because when I turned on the TV that’s what was on. Eventually, I made my way to bed before figuring out what the fuck Joe Dirt was about.

This is to explain why the only reason I got out of bed at 8:30 is because the coffee was done and I wanted coffee and to watch “Meet the Press” only instead of really watching MTP I finished my taxes and then spent the rest of the time in a stew of anxiety about my sudden pauperdom. And this all just means that I need to finish this coffee and take a nap.

My nap was thwarted by caffeine and Ann Wilson talking about feminism and weight. So I made brunch and watched The Brady Brunch where I discovered Greg Brady is my spirit animal. “Groovy red hair and mysterious green eyes really turn me on,” he said on the phone to someone he was trying to con into going to the Hoe Down with him. It’s the episode where Jan wants to be an only child and is a total bitch to everyone. 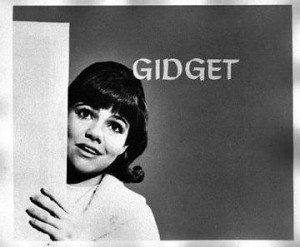 About this time I decided to make some brunch (scrambled eggs with sausage and peppers) and after that I was all “mmm, nap time.” But then I discovered “Gidget” on one of those new channels I get because I have a magic TV. I love Gidget. If I were to make a Rob Gordon (“High Fidelity”) Top Five dream jobs list if qualifications and time and history and salary were no object: #3 on the list would be Screenwriter for Early-60s Sitcoms, specifically Batman or Gidget.

The dialog on these shows is simply delicious. Apparently, I have talked about this before. Sometimes things like this disturb me and make me feel extra-super boring. Other times I’m all “Right on, Jodi, way to be consistent!”

“She cursed me and whammied my surf board!”
“When a girl is as cute as you you don’t have to do anything.”
“The sounds is so out of sight you can’t tell us from The Rolling Stones.”
“Dad, let’s face it, conformity is in.”
“The only thing you get today are the moaners and wailers and funny jumpers.”

After “Gidget” I was really, truly cranky and on the edge of falling into that Sunday Blahsuck abyss that is often so awful it spills all over Monday. Because I am a responsible adult, I decided it was time to take a bed nap. I don’t often nap, much less full-on bed nap.

See, my bookclub has decided there are different kinds of naps. Have I mentioned lately how much I love my bookclub lately? They’re the awesome. Last night half of the people were watching cat videos on sister #2’s TV while Wolfdogg & Sister #2 looked up ingredients for classic cocktails, which will be a feature of the next two meetings, and I was looking for books set in the 50s.

So we’ve discussed the various kinds of naps and napping. I’m a fan of the 20-minute on the couch, in and out of consciousness powernap. Others are the strip-down and jump in bed hour-long nappers. Some are just clothes their eyes in the chair nappers. It takes all kinds. Today, I did the strip down, curl up into bed nap.

(Aside: the word count for this post was at 666 before I started typing this aside).

Since stupid Sister #2 is in stupid Canada interviewing for a stupid professor job at some stupid university up there and since my brother-in-law Ben makes 98% of all Family Dinners, we let him choose anything he wanted that Ericka hated and that’s why I had to make Tator-Tot Hotdish after my nap. Then there was Family Dinner where we Skyped with Sister #2, Jaycie talked about how excited she was to go to Coachella next week, I told her she had to use part of the hondo Grandpa slipped her to buy me a tacky souvenir, and I pet Walter, who is coming to stay with me on Thursday.

Now I am home telling you about how fucking boring I am. Are you impressed yet by my boringness? I am impressed by your willingness to read my boringness.