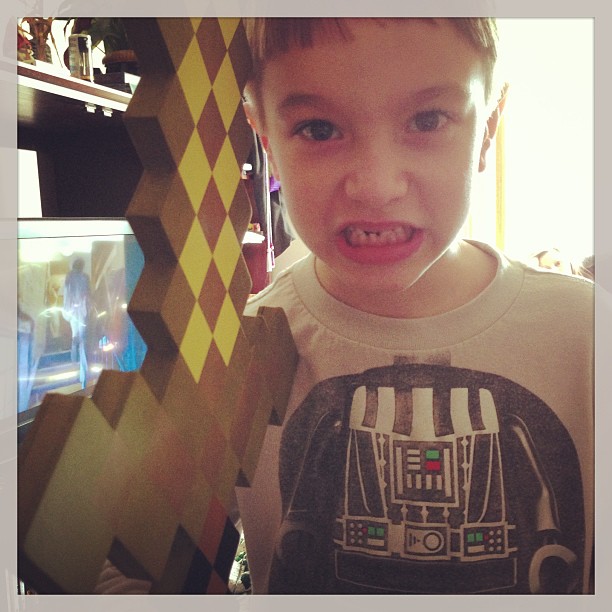 Did I tell you about how I’m probably not smart enough to own a modern TV? No. Well, at 6:30 Tuesday morning I stumbled downstairs for coffee and some Charlie Rose before The Tibbles’ 7 a.m. arrival. When I clicked on the TV it was nothing but static-y snow. After punching through a few channels I landed on one that said my TV wasn’t ready for Comcast’s digital improvements. Considering my TV is four years old I was a little irate. After a call to Comcast a very helpful man named Roman said he would send me out some sort of fancy pants box that would make my TV work again. It was set to arrive in three to five days. Whatever, I could go without Conan (the only reason I have the most basic of cable) for a few days. I’m a strong woman.

But then I discovered Nashville was going to be new this week and suddenly the lack of TV for three to five days was devastating. Tweeting Nashville with Carrie is one of my favorite things about watching TV. Blah blah blah, Comcast support forums. Blah blah blah, death to the makers of the TV software interface. Whatever. Eventually I discovered that if my TV scanned the channels differently than it had before I could get all the channels and HDTV. My TV is too fancy for me.

This is a very long-winded way to tell you that now I have more channels than I had before and it’s why I spent a goodly portion of my Sunday morning watching The Brady Bunch of MeTV. I watched the one where Jan is a total bitch about Aunt Jenny being “ugly,” where Marcia is a total bitch to Bobby about challenging Greg to a chin-up contest, and where Peter becomes a newspaper reporter and wears that bitchin fedora with the Press card tucked into the band. 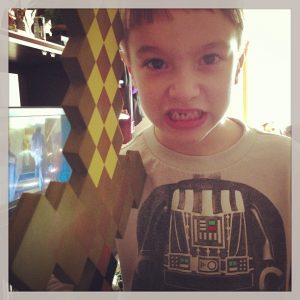 After all the Brady nonsense I floated in my tub and listened to Kicking & Dreaming: A Story of Heart, Soul, and Rock & Roll, which is Ann & Nancy Wilson’s memoir. So far it’s pretty good. Also, I discovered there’s another Wilson sister. Lynn, she’s the oldest. I’m convinced that Ann & Nancy wouldn’t let her be in Heart, just like my bitch-ass sisters wouldn’t let me be in their shitty fake band when we were kids.

This brought me right up to Easter time. At Sister #2’s we ate some ham, celebrated Liam’s birthday, and watched very many music videos from the 80s. See, I discovered that I could control the YouTube app on their TV from my iPhone and immediately took control of the playlist. That’s what happens in my family when you make me listen to Alt-J. My sisters were all impressed with my ability to name virtually everyone who sang in the “We Are the World Video.”

Also my niece live-tweeted many of the discussions:

“You don’t even know how negative I can be” ~@jodiwilldare Happy Easter everyone! #family #easter

“I want you to write me a song for my funeral called ‘Ericka is a Bitch’.” ~@jodiwilldare This Easter keeps getting more & more loving.

And now I am home sending Christa a bunch of questions about my longish fiction piece, because she’s so kind as to read all my word barf even though it’s really barfy.

Todayâ€™s #DailyWendell song is â€śCatâ€™s in the Cradleâ€ť by Harry Chapin because I pushed Wendell off my lap three times for work reasons & he is relentless. pic.twitter.com/NiPx1nOedJ

@solace Yeah, none of them really caught my ear either, but to be honest I didnâ€™t really start paying attention until Big Bad Luv started up.