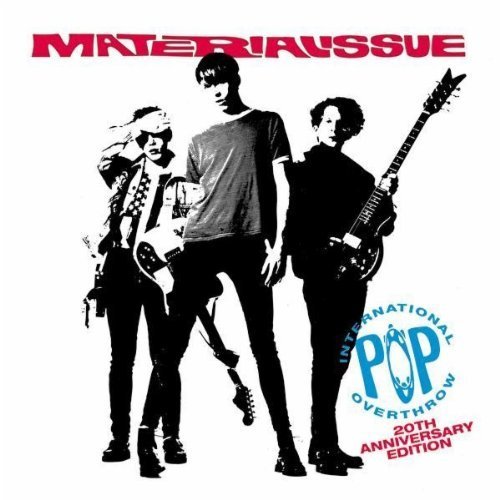 So it’s Thursday morning. I’m intermittently making comments on Carrie’s Facebook about Gunnar’s SexVest from last night’s episode of “Nashville” (my new favorite thing), doing the occasional bits of work mentally preparing myself for the big bits of work to come, and trying to decide the soundtrack of the day.

I quickly flitted from Belinda Carlisle to Ryan Adams to Sugar and finally landed on Material Issue and of course because Material Issue is brilliant and I have all kinds of memories regarding their music I started tweeting Material Issue Memories. My second memory involved having a very stoned argument with a feminist (not me) who was trying to explain why “Kim the Waitress” was so misogynistic. I was having none of it.

Then it got me to thinking about all the times I got stoned, which isn’t all that many in the grand scheme of things. I think it was my the year I was twenty-two when I really experimented with pot and decided it wasn’t my thing. Also there was the whole “brain on drugs” goodie-goodie aspect of doing illegal drugs that didn’t sit well with me. And Regina Morrow’s death.

But now when I reflect back on all those stoned memories I can’t think of a single time I got stoned that I didn’t have very passionate arguments about inconsequential things, most of them musical. I remember sitting in my friend Nate’s apartment arguing about baby boomers being the very definition of evil and using the song “Bastards of Young” to build my case. I also remember sitting in a bar, stoned & drunk, and building a case as to why Pearl Jam was better than Nirvana, and this was after Kurt had died.

All this is to say that I think pot made me argumentative, because apparently I needed help being contrary and divisive. It’s a good thing I never got attached to it.