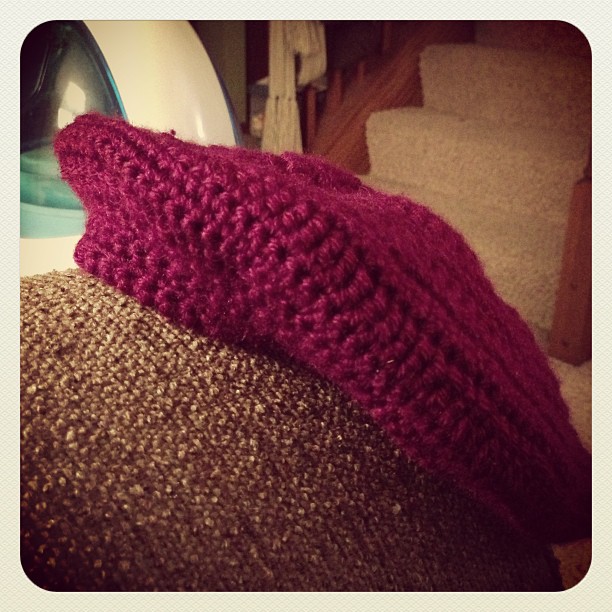 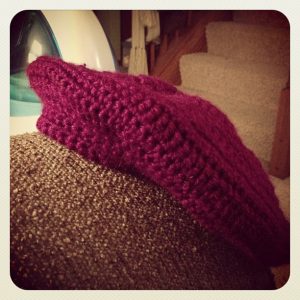 Once upon a time I wrote a post on the old blogging platform Vox about things I always wanted to do because of certain songs I love. For instance, when I was in high school I searched out and read “that famous book by Nabokov” because of the line in the Police song. Some of things, if memory serves me, included knowing when to hold them and knowing when to fold them, and building a city on rock and roll.

You get the picture. Some of them were witty (or attempts at witty) and some of them were genuine, like the Nabokov book. Another of the genuine ones? Owning a raspberry beret. Ideally this would have been from a secondhand store. You get the idea.

I think the video for “Raspberry Beret” hit the same summer we got cable, which is incidentally the same summer I spent every waking moment watching MTV. And who wasn’t mesmerized by that cloudy suit Prince wore? Nobody, that’s who. That video launched a six-hundred-thousand desires for raspberry berets, including mine.

So now that I’m the type of person who can turn yarn into things, I decided it was about time that I got me that raspberry beret.

I made myself a raspberry beret. In fact, I made myself roughly three and a half raspberry berets. Here’s what I have learned. There is no way to crochet a raspberry beret that doesn’t it make it look like a toilet-lid cover my mom had in 1984. Did your mom have these? I’m not sure what their purpose was, other than to be disgusting germ catchers. The other thing I learned is that 6’5″ potato-headed giants cannot pull off a beret. At all. When I wear it I look like I’m wearing a teeny, tiny toilet-lid cover. It’s not a good look.

But now I can technically say that I have owned a raspberry beret, and I think I might have to donate it to Goodwill. Of course.

Today’s #DailyWendell song is “Cocktail & a Song” by The Highwomen because we’re a little melancholy. pic.twitter.com/Sb4V…