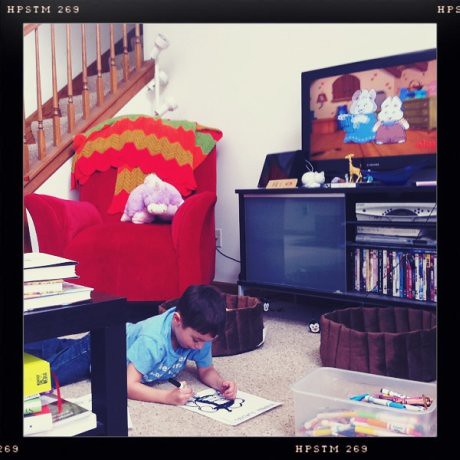 Liam is visiting Supergenius HQ today as he’s between daycare providers. He’s been here since 7 and doesn’t have to leave for school until 1 p.m. He’s much more chatty solo than he is when the other Tibbles are with him. In fact, moments after this photo was taken (yes those penguin lights are from Christmas. Judge me, I don’t care) we had a conversation that went exactly like this:

Liam: When the black birds on Angry Birds blow up and die but don’t kill any of the pigs.