Here’s the facts, Luke is still missing and tomorrow my mom is having surgery to remove the cancerous lump in her breast. Oddly, or perhaps it’s not odd, I worry more about the former than I do the latter.

Last night, before trick or treating, I explained to my mom and my sisters how I think about Luke and his boys about every four minutes, my brain has prioritized it above mom’s cancer because at least I know where she’s sleeping tonight. I had no idea such simple information could be so comforting.

I’ve spent much of the past week letting anxiety over take my life. How do I deal with anxiety? I do all the brainless things I can think of to not think. It’s a lot harder than it looks and involves many, many reruns of “Family Ties.” Also, developing a Cut the Rope addiction helps.

But, like most everything I do, I’ve grown bored with constant anxiety. Does that mean I’ve stopped with the constant wishing/hoping (remind me to tell you about the praying/hoping/speaking to the universe semantics argument I had with myself the other night) for Luke’s safe return? No. Does that mean I’m not a little nervous for Mom’s surgery tomorrow? Nope.

So in an attempt to get back to life (back to reality, back to the here and now) I celebrated Halloween by dressing up as Ramona Flowers. Sadly, I forgot to have someone take my picture holding the +2 Against Girls Hammer.

My hair looked a little something like this (and according to Nolan it’s pretty purpley blue and red): 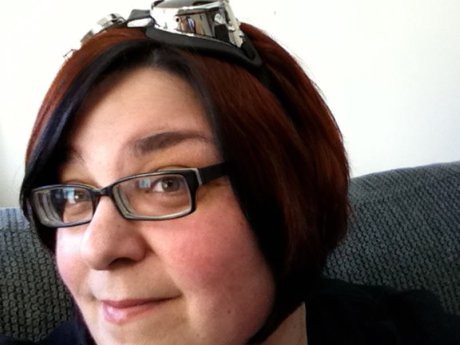 Liam dressed up as Mario was so cute I wanted to squish him all night long: 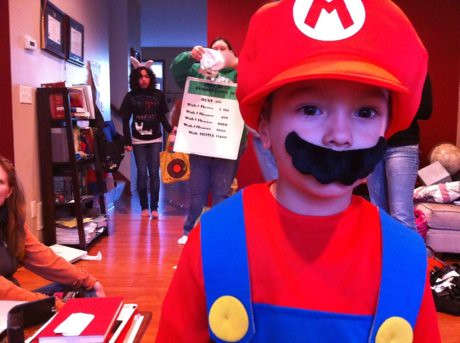 And here is the rest of the crew which includes: Clyde, a PETA activist, a Storm Trooper (who I incorrectly called R2D2 and was promptly schooled by a Tibble), some sort of Zombie Doctor, a Fairy Princess, Mario, and what Nolan dubbed the Crypt Keeper. 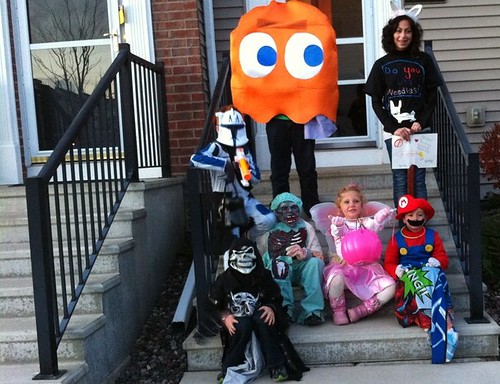 How have you been?