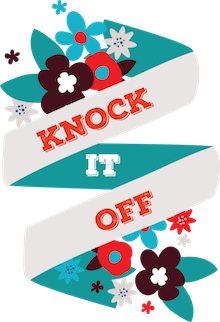 Here’s the thing I want to bitch about today: ridiculous lists.

First I know that classifying, judging, ranking art and pop culture is stupid nonsense. So shut up. But it’s fun stupid nonsense and the world is ending because giant chunks of Antarctica are going to attack us and the Racist Game Show Host Who Overthrew our Democracy is selling us to the Russians.

And yes, this is distracting me from what I should really be paying attention to like the fact that every single elected official in both parties are giant fucking cowards and it seems nobody really wants to take a chance and lead this country and it seems all anyone does is walk around wringing their hands about how this is the end times without actually doing anything.

So yes, remember in the olden days when we had Top 10 lists? And when you made these lists you had to make decisions, often tough decisions. Then “High Fidelity” came along and made it the Top 5 and the decisions were even harder and the game much more fun.

That’s all fallen by the wayside. Now it is positively quaint to find a Top 10 list, much less a Top 5. Now we’re inundated with exhaustive lists of everything. A few examples: 25 Best Albums of 2017 (So Far), 22 Best Books to Read This Summer, 100 Must-Read Books by Canadian Authors, or 34 Exciting TV Shows You Need to See This Summer.

I’m not sure what point these ridiculously long lists serve. SEO, probably. Happy publicists, definitely. Ad revenue, ideally. But they sure as hell ain’t for the reader looking to discover a new book/song/tv show, etc. Bloggers, you’re just making a list of shit based on an arbitrary categorization, frequently the date, why not put a little damn thought into it? These lists feel thoughtless, so why should I read them?

And, to be honest, I don’t. If I see 100 whosiwhatzits you should whatever I click right on by, even if it’s on a topic I’d really enjoy like 100 Books/Songs/Movies About 6’5″ Single Spinsters in MN That Ends With Happily Ever After.

Maybe it’s an attention span thing on my part and I’m annoyed that people don’t cater to my whims. Sometimes that happens. However, I think it’s more just thoughtless content barfing on the part of many writers and publications.

I miss curation. I want someone to put some thought into their wordvomit and explain why certain things made the cut, and then even more than that, I want the list to spark a lively, thoughtful discussion with people who care about such things.

I would also like a rainbow-maned unicorn to ride to my date with Paul Rudd.