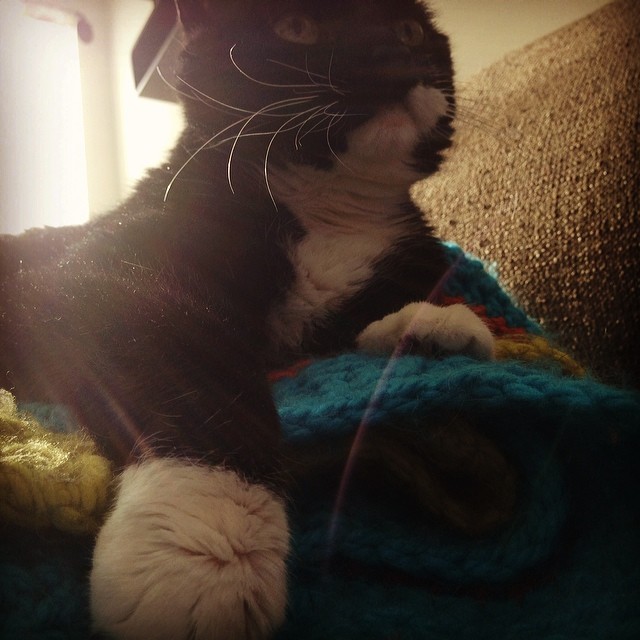 I have discovered two things about myself since Uncle George died.

1.) I have a mourning routine.
2.) I am a person who needs the closure of a funeral/service/wake.

My routine seems to involve spending the first day crying, pretty much all the time at everything death related and not. The second day is spent in a numb haze that involves swollen, puffy eyes that feel like they’re full of potato chips and at least two but no more than five episodes of “Dawson’s Creek.”

Also sleeping seems to be a thing that doesn’t happen with any consistency.

I know this is now the routine because this is exactly what I did when Madison died and I learned about the death of my biological father.

The need for the funeral closure is kind of a surprise to me. I didn’t realize how much I needed it until I had to wait an entire week to get it.

Having spent most of my life with the strange ambiguity that is having an unknown biological parent out in the world, I would have labeled myself as someone who is fine with loose ends. When it comes to death this is not the case.

I find myself longing for George’s service. On Monday, I worried at #Sister #2 that they would wait until our Aunt Anna arrived back from Jamaica. “That would be so long,” I whined. It could be selfishness or self-preservation or a quirk of the human condition, but I feel as if I can’t move on until after the service. It’s as though I owe George this time of mourning, and I want to give it to him because I loved him. Yet at the same time I’m yearning for it to be over. I want to stop being sad. I want to stop thinking about his death. I want to start packing up the sadness and putting it away where it will shrink to a dull pain that only aches when poked and one day magically turns into a warm memory.

Thankfully, we are not waiting for Anna’s return. Today she had a lovely seaside memorial for George in Jamaica. The rest of us will gather at a bar/restaurant in Prior Lake tomorrow to say goodbye. I’m not exactly sure why they chose to have his memorial service in a bar. I do know he worked there for many years and met his second wife there, the woman he was married to when he died. I feel like I should call her my aunt, but to me my aunt will always be the woman he was married to when I was growing up, even if they have been divorced for twenty years now.

It is also, incidentally, the bar where I went on quite a few days back in the days when I used to date. I lived for many, many years about a block away from this bar. And, another thing, I once took a young, handsome fellow there for a first date and then we were forced to endure the most awkward 4000 years ever when my mom’s cousin, his wife, and their kids were also their for dinner. And let me tell you, nothing revs up the heat between two people like an excruciating chat with extended family.

Tomorrow I will pull out that story at some point. Probably, when the sadness is too much to bear and we could all use a laugh.