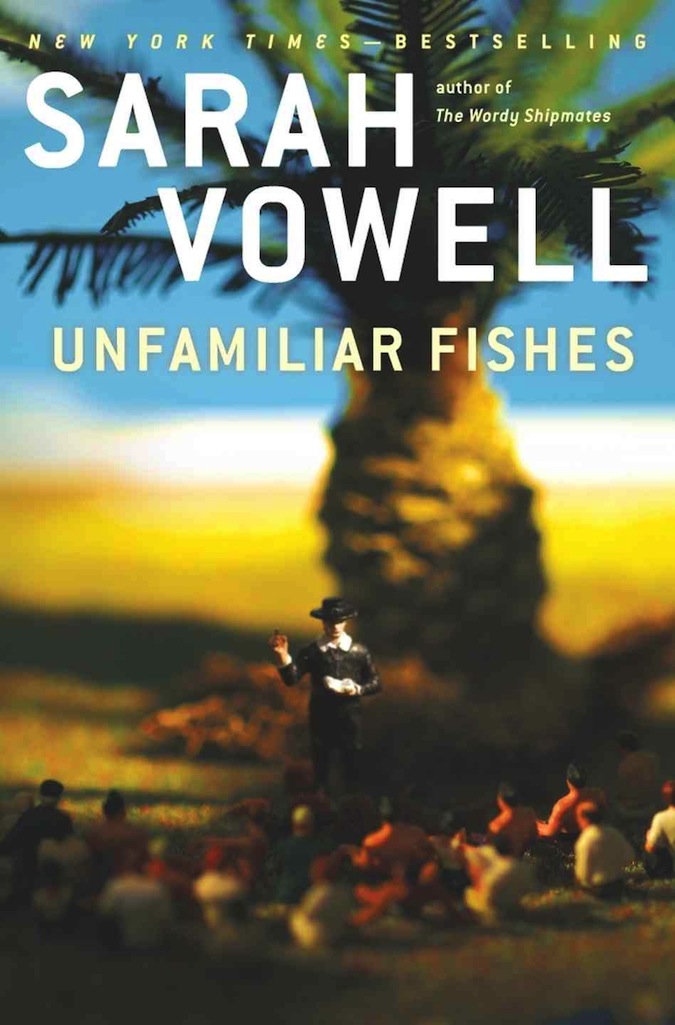 Here’s the thing with Sarah Vowell. While I’m in the midst of her books, I’m loving them. She’s wry and smart, and the topics she chooses to write about are interesting. They’re things I only had cursory knowledge about — presidential assassinations, Hawaii, and Puritans. In the thick of her books whether I’m listening or reading, I’m all in. I love listening to her read her books. She’s a great reader & she always gets a host of co-readers which is awesome. But the thing is the moment I’m done, I have forgotten most everything she has written about.

So it goes with Unfamiliar Fishes, Vowell’s take on the colonization, eventual annexation, and statehood of Hawaii.

The story of Hawaii isn’t really that unfamiliar at all, it’s a tale as old as America. Christian God-loving white people come place populated by brown-people who worship in a different way. Whitey decides the people who have lived in this place for centuries must be civilized and converted to Christianity. Business people get involved. Brown people lose their religion, land, and way of life. Lather, rinse, repeat.

Vowell does a good job of drawing parallels between what happens in Hawaii with what happened to the Native Americans and, frankly, it’s kind of depressing. However, lest you think this a big downer, Vowell injects the history lesson with a great deal of humor which makes it a little more palatable. Along the way you learn all kinds of interesting facts about Hawaii, the people and their culture. It’s interesting, and if you have a brain that grabs onto facts better than mine does, you’ll learn a lot. There are worse ways you could spend your time.