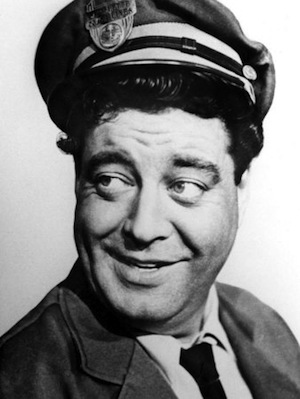 So apparently the Rudolph song is a little like Duck, Duck, Grey Duck only on a much bigger scale. After I wrote the post I turned to Twitter & Facebook to gather more data for my research, and here’s what I learned. The choice of who Rudolph goes down in history as is random and based on things nobody seems to be able to remember.

My original theory was that the historical figure you chose was based on your elementary school. That makes sense, right? At what other time in your life do you sing Christmas Carols? Though they probably don’t do that so much anymore now that we’re more aware of the fact that not everyone celebrates Christmas. But I have strong memories of our entire elementary school gathering together in the gym and cafeteria singing carols. My favorite was always “I’m gettin’ nothin’ for Christmas. Mommy & Daddy are mad. . .” and “Little Drummer Boy.”

This, of course, has nothing to do Rudolph and I was talking about Rudy. So here’s the list of people went down in history like.

George Washington: This was #1 with a bullet and the answer given by people from all over the country — both coasts & the midwest.
Columbus: This was very easily #2 and the rest were just the shocking variety of answers.
Sonny & Cher: This was from three different people, which totally blows my mind for two reasons. First, one of the people who chose it doesn’t even know the other two who chose it. Second, the other two were Jodi Hanson & her older sister, Shari. They grew up across the street from us and I thought for sure they’d choose Jackie Gleason, thus proving my elementary school theory.
Lincoln
Nixon
Kennedy: It seems presidents are quite popular.
Attila the Hun: Glad I didn’t go to that elementary school.
Ronald Reagan: From another woman who went to my elementary school. At least Reagan was president when she would have been singing the song.
Nobody: There were a few who thought the whole idea of the ad libs were absolutely preposterous.
Michael Jackson: From Sister #4 who as a little hazy on her answer, which is better than Sister #3 who couldn’t remember.
Jackie Gleason: Sister #2 chose ol’ Jackie before she knew who I chose.

It seems that the names they used to laugh and call poor Rudolph varied too. . . with Pinnochio & Dumbo being strong favorites. And the reindeer games? Monopoly was most popular. Poker came in second.