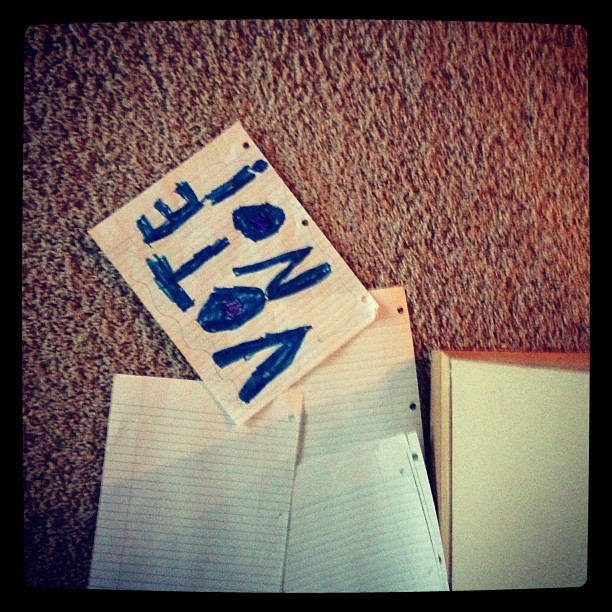 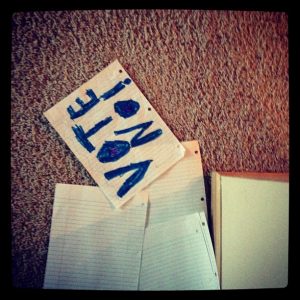 The last time I felt this hungover, Obama had just accepted the Democrats’ nomination for president. In 04. I remember watching his speech with FFJ and drinking a bit of gin and the next thing you know I’m standing in front of the refrigerator with my pants unzipped shoving summer sausage in my face.

Politics does that to me.

Today’s hungover is brought on not by alcohol, but four hours of sleep and the giddiness of discovering at 2 a.m. that Minnesota did indeed Vote No (which made Cade, the maker of the homemade sign, quite happy) on both the bigoted amendments. While those were the issues I was most concerned about they seemed like frosting on an astounding cake. Tammy Baldwin! Claire McCaskill! Obama! Maryland! Maine! New Hampshire!

I think I died about 83 times last night from sheer joy and utter disbelief. Was this real life? The rape apologists defeated? Equality winning in the polls? Motherfucking New Hampshire with nothing but women in the House, the Senate, and the Governor’s mansion? If the Evil Troll-Doll that is Michele Bachman hadn’t scratched out a win I’d have thought for sure I dreamt last night’s election.