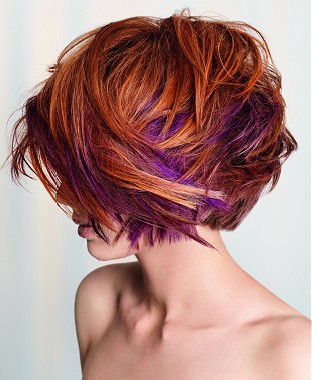 First before I begin my long-winded tale of woe I have to tell you that even though I got a bad haircut something spectacular happened at the salon today. I saw a dude get a perm. I SAW A DUDE GET A PERM! And it wasn’t just any old dude getting any old perm. No. This was an old, balding dude whose hairline started at the top of his ears getting a perm. It was an old bald mullety perm. It was GLORIOUS! — yes all caps, exclamation point.

Now on to my tale of woe.

Ever since I lost Jenny to the Hellmouth that is Eden Prairie, I’ve been in the market for a new hairstylist. I had been with Jenny for so long I forgot the nearly unbearable awkwardness that is finding a new stylist. It’s as bad as dating. No, it’s worst than dating. At least after a bad date you don’t have to walk around with the trainwreck that was all the hope you misbegotten-ly put in another person. (shut up, I know it’s a made up word but I have a bad haircut and therefore get to make up stupid words.)

Just like dating, with your hairstylist chemistry is everything, and it’s just as hard to find. I think the last five or six years with Jenny had washed all the previous bad haircuts from my mind. Luckily, as Sister #3 was listening to me whine about my new awful hair she reminded me of some of my worst cuts. And there were some bad’uns.

Since this was the first time I ever met this lady I thought it would be smart to bring a variety of things so she’d get a little bit of what my hair tastes were. This is, of course, all sort of pie in the sky sorts of hair tastes, because let’s face it I never wash my fucking hair. But if I were to wash it and put some effort into styling it, I’d like it to look like the kinds of hair in these pictures.

My hair doesn’t look like anything in any of those pictures. My hair looks nothing like me. I look in the mirror and I say to myself, “this is not my beautiful hair. this not my wild hair. Hair how did you get here?”

I know how it got here. It got here by scrunching. As the stylist was cutting and she discovered my hair had “some natural wave” she begin to “scrunch.” I felt like I was stuck in that dream where you’re being chased by a psycho-killer and you can’t run or scream.

Now, I get to plead a little bit of ignorance in the way this all unfolded. I have really bad eyes. In fact my eyes are so bad that I do not get out of bed without putting my glasses on first. So when I sit down in a hairstylist’s chair and take off my glasses, I’m very nearly blind. I can see super fuzzy shapes but that’s about it. I put all my faith in the fact that I accurately communicated what it is that I was looking for and all my trust in the hairstylist understanding what I meant.

That didn’t work for me today.

Sister #3 kept reassuring me that it “wasn’t that bad.” Which are the exact words you want to hear after spending a ton of money on a new hair color. “It’s just that your roots are so light and your eyebrows are so dark,” she said.

I did take some pictures to show the Internet but my vanity will not allow me to post them. Hell, my vanity wouldn’t even allow those awful pictures to sit on my camera for more than 38 seconds.

Because I am cheap/poor, I’ve decided to fix this my own way. I’m hoping to have it done by the big birthday party next weekend. Two words: Manic Panic.