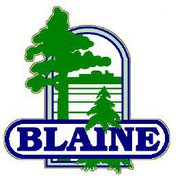 If you’re a member of Facebook, I’m sure you’ve seen these “You know you’re from X, if. . .” groups pop up. I started seeing them a few days ago for Las Vegas, a town in Connecticut I’ve never heard of, some place in Missouri, and knew it was only a matter of time before someone made one for where I’m from.

It seems that time was last night. I woke up this morning to 153 emails from Facebook about all the postings to the new group I’m a member of. Nice! So yeah, Facebook? What kind of bullshit is this that you’re automatically a member of every group people think you should be a member of? How about we ask people if they want to be a member of a group? That’d be nice. Also, people I don’t like, if you suddenly find yourself a member of Sex Offenders Anonymous or I like to kick puppies and old ladies, it wasn’t me.

So the group and the deluge of mail… of course I was curious and took a scroll through the list of memories from fellow citizens of Blaine at 6:15 this morning while the coffee brewed. I have to admit it was a little enthralling. I was so caught up in the memory lane that I was nearly late for Tibblesitting.

Do you have any idea how hard it is to not correct all the ‘mis-memories’ on that page? DO YOU? It’s taking all my strength.

See? How annoying would that be? Almost as annoying as letting someone on the Internet be wrong. I may have to finally quit Facebook over this.