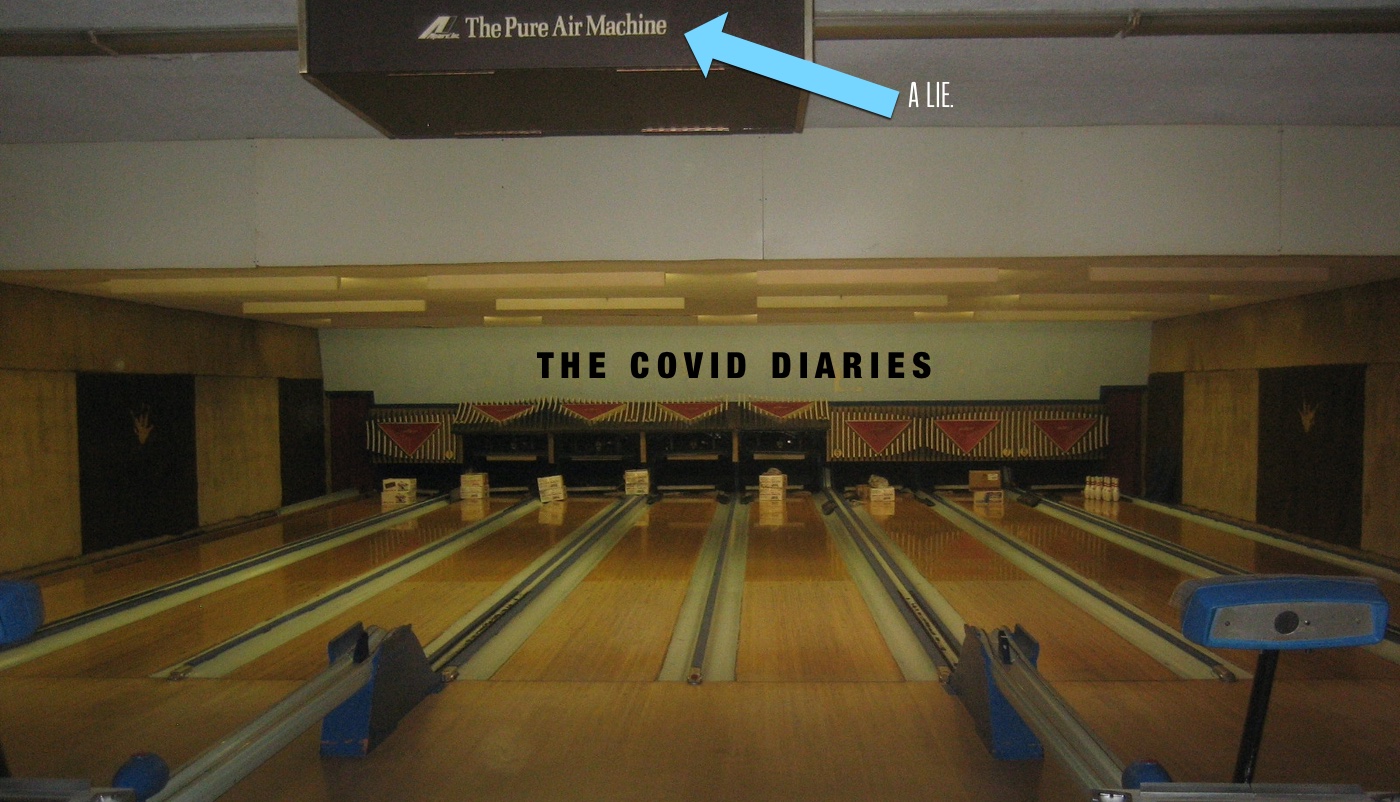 One of my favorite real-life characters died and I am sad. I wrote about Carol Sue once, a long time ago. It’s a good piece. You should read it.

Sister #2 and I love to talk about what an icon Carol Sue was. We always called her the Queen of Savage*, because she knew all the things about everything and had an opinion about it that she would share with you. She always had her hair done, her nails polished, and her jewelry shiny. She would legit walk into our smoky, dumpy, dirty-ass bowling alley in a fur coat. Like I said, iconic.

We’ve been talking about Carol Sue a lot since her husband, Mic, died in September. Mic was a character in his own right. I think he sang me the Mel Tillis’ “Coca Cola Cowboy” every Friday night for like seven years.

Do you remember, Darling Ones, all those years ago when I worked at my parents’ bowling alley? Probably not. But I did for many, many years until the city tore it down. The death of Carol Sue & Mic has stirred up a lot of those memories.

Today I’m wrapped in a thin layer of grief and nostalgia.

It doesn’t help that Spotify did me dirty by serving up Jason Isbell’s “If We Were Vampires” while I was reading Carol Sue’s obituary. The song is kind of a tearjerker on any day, but when you’re reading about the death of someone you liked a great deal and these lyrics come on:
It’s knowing that this can’t go on forever
Likely one of us will have to spend some days alone
Maybe we’ll get forty years together
But one day I’ll be gone
Or one day you’ll be gone

And you know it’s only been six months since her husband, another person you liked a great deal, died, well, let’s just say there were tears.

If I have any goals it is to live to be an old lady like Carol Sue,
Jodi

P.S. Last night when we were facetiming with Portland and my mom intimated that maybe Sister #2 wouldn’t be the Carol Sue of the Nancy/Carol Sue sister duo, Sister #2 shouted and pointed at herself, “Of course I’m the Carol Sue! I’m always the main character.” I am for sure the Nancy. This is akin to the Rhoda/Mary argument from “Romy & Michele’s High School Reunion,” only it’s not really an argument because I am the Nancy.

*Savage is the name of the small town my mom grew up in and where Carol Sue lived and not a comment on Carol Sue herself. The town is named after Marion Savage who owned the horse Dan Patch. The horse was like a superstar because he ran a mile in one minute, fifty-five and one quarter seconds, which was a huge big deal in 1915. Such a deal they named he town after the owner and the bowling alley I worked in after the horse.