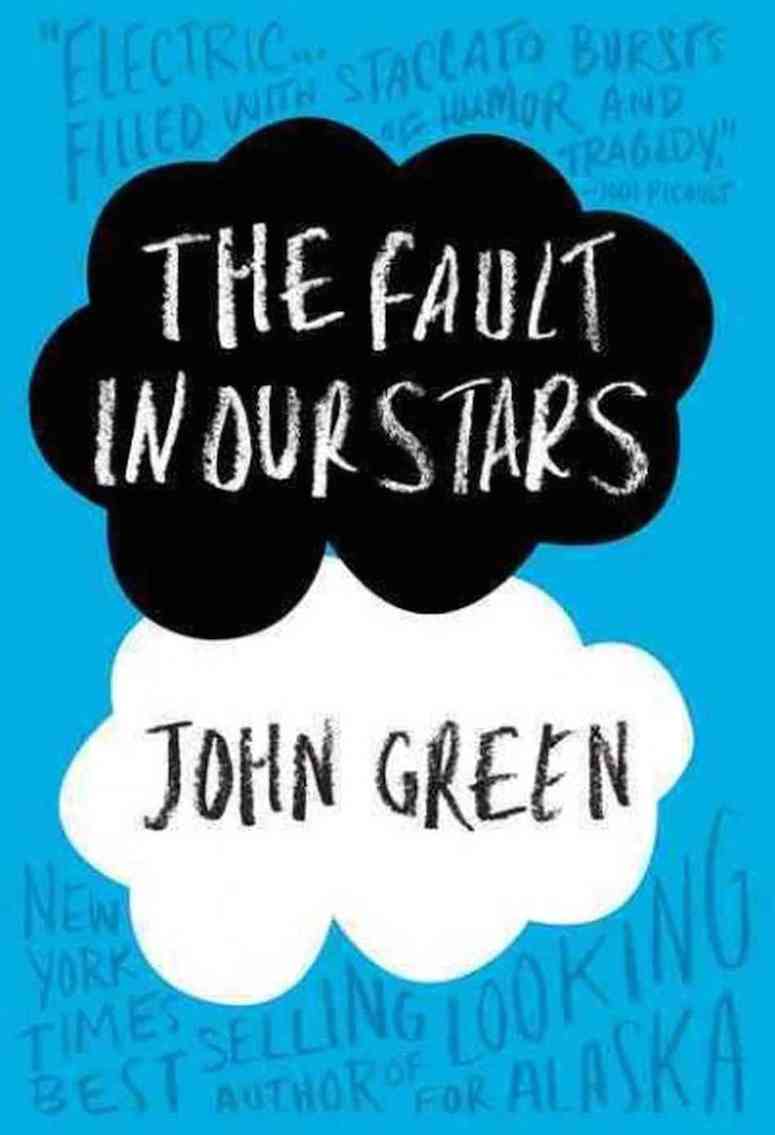 John Green’s The Fault in Our Stars the sweetest love story I’ve read since, well probably Steve Brezenoff’s Brooklyn, Burning. I thought it would be a longer period of time between sweet love stories. I was wrong. Again, that’s fitting because so much in The Fault of Our Stars could have gone wrong. Horribly, horribly, unforgivably wrong.

But it doesn’t, which is a testament to John Green’s writing and sense of humor. Here you have a book about two cancer-stricken teenagers falling in love. I know, right? It sounds like a prime opportunity for saccharine-y sentimental pap and bullshit Hallmark philosophy about seizing the day.

Instead what we get is a captivating and funny and devastating story about two teenagers making the best of a shitty situation.

Sixteen-year-old Hazel Lancaster was on her death bed at 13, saying goodbye to her parents, and ready to give up the ghost when a miracle drug brought her back from the brink. She’s still gravely ill but gets by with a portable oxygen tank. Hazel’s illness has turned her into something of a recluse. She doesn’t attend high school, opting to get her GED, and spends a lot of her time watching America’s Next Top Model, reading, and occasionally attending poetry classes at the local community college.

Hazel’s mom makes Hazel attend a cancer kids support group in the “literal heart of Jesus” (a church shaped like a cross where the support group room is where Jesus’ heart would have been while he was nailed to the cross), where she meets Augustus Waters.

Augustus/Gus is the dreamy, one-legged former basketball star who is instantly smitten with Hazel the moment he sets eyes on her at group. Hazel is a little more cautious about Gus and his affections. After all, she’s the sicker of the two. But the two bond over books, videogames, and helping their friend Issac who is about to lose his remaining eye get over the girl who dumps him right before his surgery. The book that brings them together is called An Imperial Affliction, a one-hit wonder of a book about a young girl with cancer written by Peter Van Houten. The book captivates the duo because it ends, in the middle of sentence without any sort of resolution whatsoever.

It’s the book that spurs Hazel & Gus to travel to Amsterdam in search of the reclusive author and answers to their questions. It sounds a little ludicrous, but it works. Trust me, most everything in this book works.

I don’t know why it works. Maybe it’s Hazel’s voice, sweet and scared and sassy. Maybe it’s that Gus is just so damn dreamy. Maybe it’s because both characters feel genuine and not as though they are puppets in service to make a point about making the most of life or the gravity of cancer. They’re teenagers they do stupid things, they rebel against their parents, and even when their acting “normal” there’s that undercurrent of fear.

You know from the outset that Hazel & Gus’s romance is ill-fated. It does not end well. However, the knowing of that fact does not make the experiencing of that fact as it unfolds in the book any less painful. I can’t imagine what kind of stone you have to made out of to not shed a few tears reading this book. I’m a crybaby and the last third made me cry gulping, heaving, very unattractive sobs with lots of snot. I was a wreck.

And yet I loved this one so much that I will surely read it again before my bookclub gets together next week to discuss it. It’s a good one.