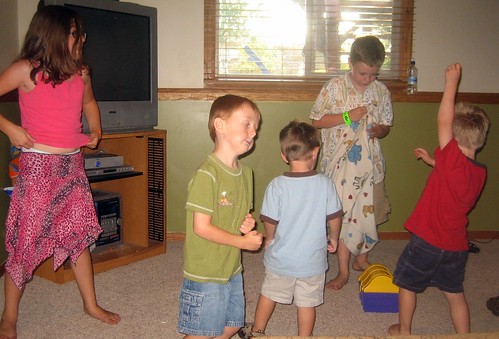 Let’s see. No parents, no Sister #3 and her family, no Chromey v Chromey. . . it’s hard to find reason to give thanks.

Unbitter aside: so I’ve already talked about how Marching Bands make me cry, well right now on the Macy’s Thanksgiving Day Parade, they have the Viriginia Tech marching band marching and then whatsherface from the Today show tells us, “They are marching in missing man formation to honor their fallen students.” And then you can see the actual spot in the marching band. Not a dry eye in this house. I think I even saw Paco cry.

Now Lifehouse is singing on the US Postal Service’s float, and I just wonder how they decided that would be a good career move. And, how do you get that gig? Does like the Postmaster General call you up and ask if you got a gig on Thanksgiving? And really, why isn’t the Postal Service on that float singing “From Such Great Heights?”

So it appears that even in the downy down down dumps life is amazing and hilarious and for that I am thankful.

Oh yes, I almost forgot, happy thanksgiving to all you and yours, darling ones. For you, I give thanks every day.