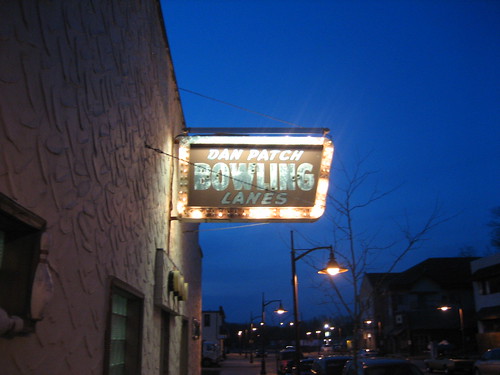 It was the perfect last night. There was beer and pizza and the crash of pins mixed with laughter. The alley was full all day with old-timers and first-timers. Lots of people stopped by to bid adieu. Mom even said that at one point in the afternoon there was a 45 minute wait for a lane.

The Strib photographer was back, taking more video and audio for a Web project he’s doing on the closing of the bowling alley. He lurked about taping the bowlers, and talking with my nephews. My sisters and I sat at the bar reminiscing for the photog, we served the very last Grain Belt Premium to my friend Wolfdogg. 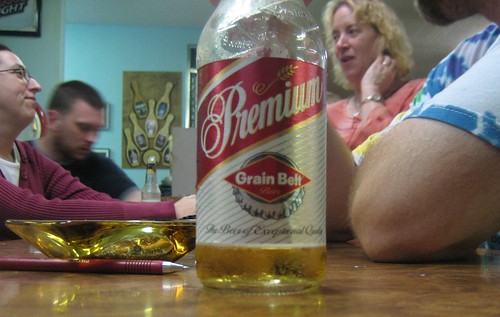 There was a forced sense of joviality. As though we could laugh long enough and hard enough and almost fool ourselves into believing that our hearts were not breaking.

But then Denise left in tears. She had bowled at Dan Patch Lanes for 30 years, and is a very close friend of my parents.

“It’s going to be okay,” I said to her, after she stopped hugging my dad.
“No it’s not,” she cried.
That was enough to get the waterworks flowing. “You have to stop crying,” I said, tears brimming in my eyes. “If you don’t stop we’ll all start.”

She squeezed my arm, and left without another word. 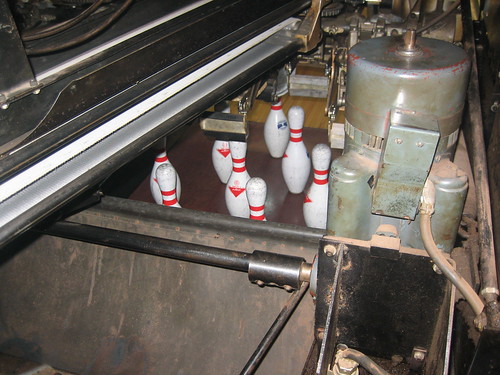 We kept talking as though our words could stave off the inevitable. But around 8:15 my dad was ready to go.

“Last ball,” he called down from the switchbox. The last two bowlers, Nolan and Liam, let out a cry. He clicked off the last lane, and the bowling alley was plunged into silence. Nobody spoke for a minute. Then when we started speaking again it was in hushed voices as though we were at a funeral. 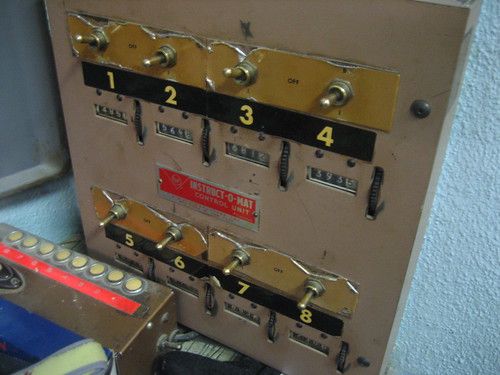 “Okay,” he said. “Everyone out.” Then he turned off the last light.

We exited quietly lit by the glow of the pop machine, and then stood outside crying, waiting for Dad to exit. Out came Tommy Schmidt, who had worked at the bowling alley for nearly two decades with Ralph, the original owner, with an old radio and a picture of Ralph clutched under his arm. Finally, Dad.

The door slammed shut behind him. He shoved the key in the lock.

Tommy spun the key in the lock, pulled it out and handed it to Dad. I let the tear flow freely, even losing my breath for a moment. 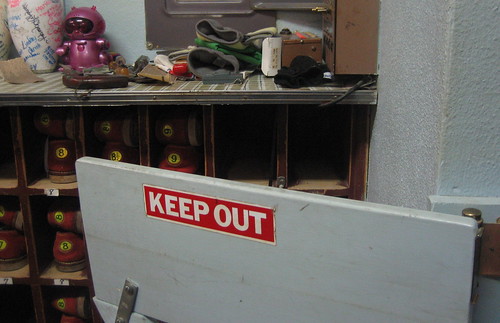 I put my pins on the ground and started to clap. My sisters, the kidlings, and everyone else joined in.

Everyone started towards their cars and I stood for a few minutes alone, willing myself to stop crying.

Tommy walked down the street with his wife, then turned. “We had fun Jodi,” he said. “I liked giving you a hard time on Mondays.” It had been years since I worked and he bowled on Mondays.
“It was a good time,” I said, throwing my pins into Ruby.

I looked at the darkened sign one last time, then drove off without looking back.