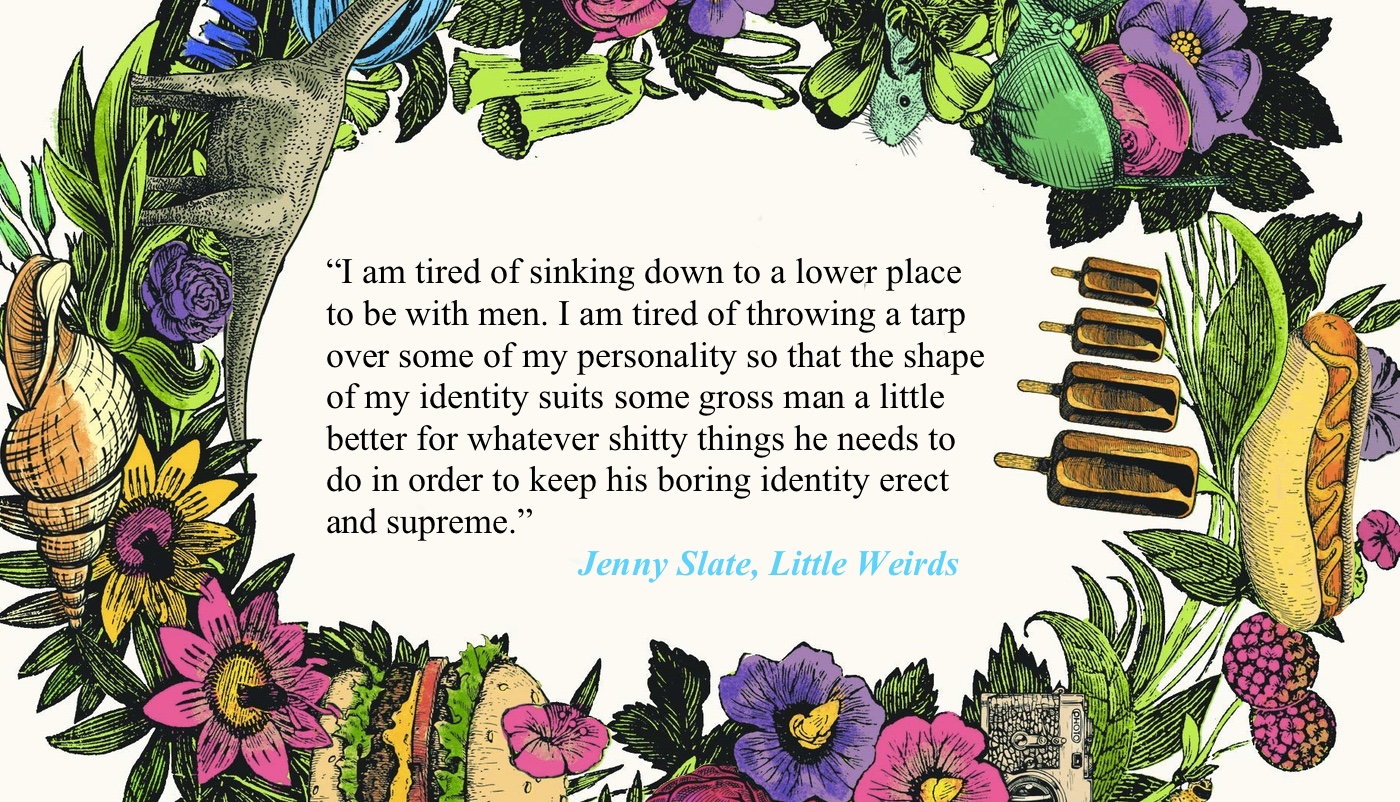 Earlier this week I got a new plant for the Sadness Garden. It arrived dead, which is a giant bummer. This is a symbol. I’m struggling with some internal crap I can’t quite put words to yet and I feel dead on arrival, which is also a giant bummer.

As someone who likes to avoid feelings and figuring out the why of those feelings, I’ve spent most of my time immersed in books and TV, Mad Men specifically. This didn’t pan out so great for me because last night’s episode, “The Suitcase,” had me ugly crying before bed while singing “Bleecker Street” in my head. That Peggy Olson, man. She is frequently me in fictional form. Or, I am frequently her in actual form?

So, let’s get back to the books. I’ve read 25 books so far this year because I am perfectly fine and not avoiding anything or bored to death. I thought I’d tell you about my favorites and not-so-favorites so you can avoid reading shitty books.

My favorite thus far is kind of a surprise. Little Weirds is a collection of essays by actress and comedian Jenny Slate. I expected to like it, because I am a fan of her work (Parks & Rec, Obvious Child, and her Netflix special Stage Fright). I did not expect to be gutted by it. It was funny and sometimes absurd, but there was an emotional nakedness and honesty about being lonely that resonated with me in my spleen. I loved this one so much that I bought it so I could have a copy near me always.

I’ve switched from buying all the books to borrowing all the books from the library. I LOVE THE LIBRARY! Now, I only buy the extra special most-loved books and books my authors I already adore and want to have complete collections (so far that is Elizabeth McCracken, only).

Re-read it & still loved it! A Heartbreaking Work of Staggering Genius by Dave Eggers

I had no small amount of trepidation going back into this one. When I was involved with TTHM back in the aughts, he spent a lot of time talking about how much he loathed this book. I remember him telling me, “you’ll hate it too when you’re my age.” Well, I’m his age now and he is wrong. I still loved it. AHWOSG has not aged perfectly. There’s a lot of the R-word, and some ham-handed handling of racism, and that uniquely 90s kind of cultural appropriation we thought of as being open-minded and diverse. However, Egger’s voice is still so compelling — the self-deprecation, the stream of consciousness, and the weird, coy self-awareness — and I wanted to inject it right into my veins.

I should know by now that when a bunch of dudes come and say a music book is “well-researched” that means it’s gonna be boring as fuck. That was this book. Not only was it boring, but it was disjointed, weirdly organized, and it made me angry. This book spent more time talking Phil Collins’ “Against All Odds” (a song I thought was super romantic when I was in 6th grade) than it did about The Go-Go’s. THE GO-GO’S! You know, the first all-female band that went to #1 with a song they wrote and performed. ARGH. I went into this one really looking for some kind of analysis about pop music in 1984 and how it became the year that it was. What I got was a ton of information I already knew about random music happenings in the 80s and not pop music in specifically. Such a drag this one.

Other books that are worth your time

Mediocre: The Dangerous Legacy of White Male America by Ijeoma Oluo: Infuriating and necessary. Should be required reading for being human in America.

The Secret Lives of Church Ladies by Deesha Philyaw: A fantastic collection from beginning to end. I read it in a single day it was that good.

Pretty Little Wife by Darby Kane: I like mysteries where everyone is kind of a fucker and where the story zags when I expect it to zig.

That’s all! I’m gonna go shove my feelings so far down inside of me they’re gonna strengthen my pelvic floor.
Jodi