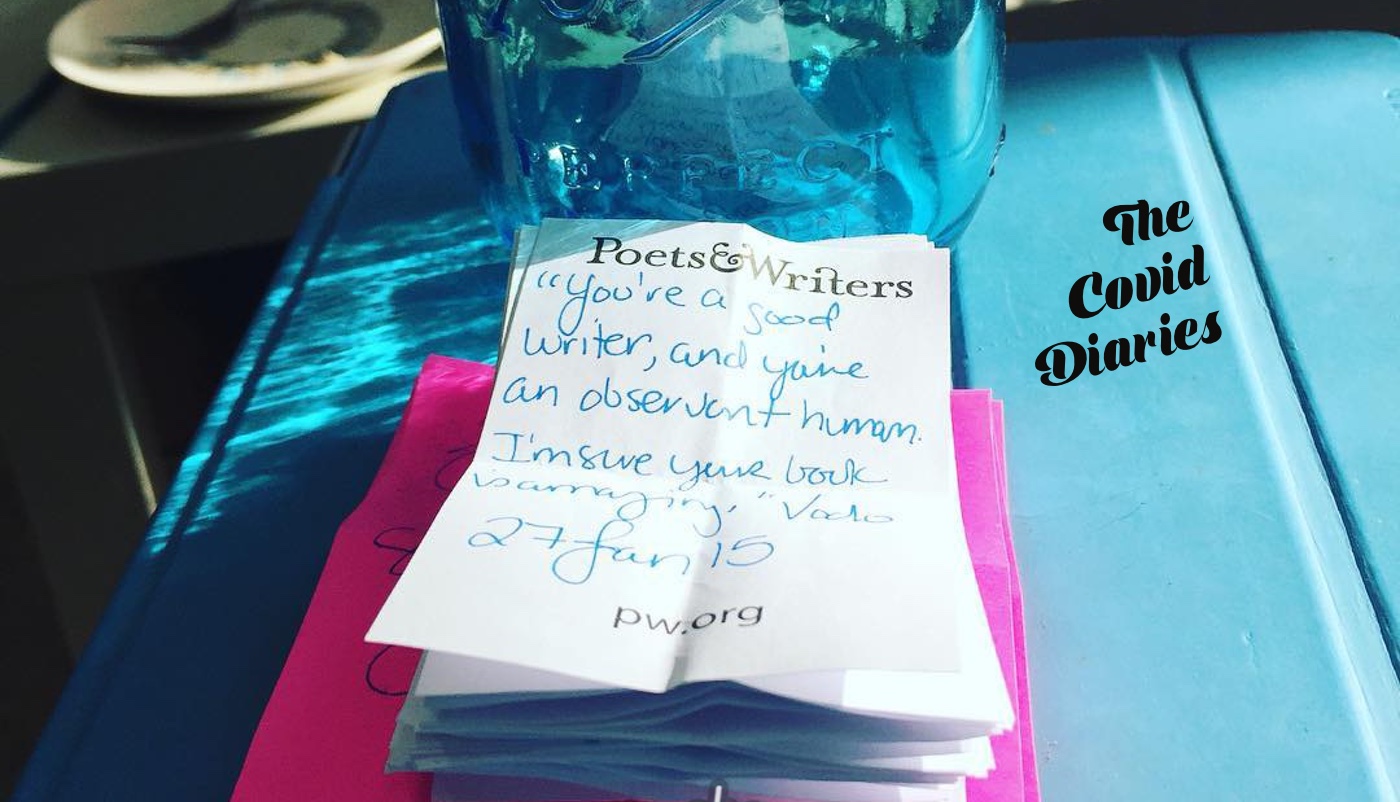 Do you remember way back in 2017 when all we had to rage about was this country’s slow descent into fascism? Back when we thought it was gonna be bad after the Fascist Turnip was elected but really we had no fucking clue?

At some point in that first year of Turnip’s reign The Black Sheep, my writing group, met. I don’t know the exact context of the conversation but I do know I was raging and whining about raging and struggling with writing because I was spending all my time raging. My so wise and brilliant friend Kelly said, “You have to turn your rage into art.”

This resonated with me right to my marrow. So much so that I made it my phone’s lock screen and every day for the last three or so years I see that phrase about 8274 times. Before that it was an adorable aqua & red thing with penguins and hearts that said “Be bold. Concentrate.”

Did I listen to her? Of course not. I never listen to anybody. Should I have? Yes, and not just because since then she’s won a Newbery and published more books. Kelly is smart and wise and generous and I should always listen to her. We all should.

To be fair to myself, I have turned a lot of rage into art the past ten months or so. I frequently act like writing for I Will Dare is a none thing, and I have to remind myself that it is. It is a thing I choose to create on a nearly daily basis. When it comes to this website and the craft behind it I keep going back to an excellent quote by Terese Marie Mailhot, “someone might call my work raw and disregard the craft of making something appear raw.”

The entire point of this long preamble is to say my #1 overarching goal for 2021 is to turn my rage into art. My plan to do this is to re-write The Beast because the fifth time is the charm, but mostly because the story won’t let me go and I had a bunch of good ideas on how to make it better.

The Beast, if you don’t know, is a Rock & Roll novel I wrote in 2013, and then revised for the next three years. There was a smattering of agent interest but no real takers and then I put it away for a long, long time. Instead of writing, I made a lot of blankets, read 100s of books, fell in (and out of) love, and survived the hellscape that was 2019-2020. And that’s saying a lot considering my dad nearly died all the time at the end of 2016 and beginning of 2017. Fuck man, my life has been a tragic mess since the Turnip was elected. He really did unleash some bad vibes on the world, didn’t he?

My revision of The Beast begins in earnest tomorrow because I do not like to make sudden moves and also I enjoy productive procrastination. Today I had to print it*, continue fixing the playlists, and read some of the various notes I left myself in many stupidly named text files.

All the procrastination is done, now I have to do the work. And the work is terrifying. I’m afraid I’m going to mess it up, this book nobody wants to publish. I’m afraid I’m gonna get lost in my own imagination and become untethered from earth because I spend so little time with actual people and so much time with imaginary people. I’m afraid I’ll finish it and nobody will want to read it. However, I will not let the fear stop me. I will be bold and concentrate. I will turn my rage and sorrow and loneliness and desire and longing into art.

My other goals intentions for the year, which I wrote down because I think that’s how you manifest shit are:

That’s it. I try not to set too many intentions because Sister #2 says the more you make the more likely you are to fail and then lose all hope. She’s smart and probably the person I listen to the most (which is still not very much).

*My revision process involves printing the entire manuscript (300 pages) and retyping it, revising as I go. For some reason having all the words already makes it harder for me to make cuts/changes.

P.S. The picture in the header popped up in my timehop yesterday. It’s from the year where I copied my friend Elisa and wrote down all the good things that happened when they happened and tossed them in a mason jar to read on January 1st. I did not keep up that habit. I’m kinda doing it this year in my planner. We’ll see how it goes. It was so nice to see those words from Vodo, my friend and former writing teacher, especially because Vodo was hard on my writing when he was my teacher.