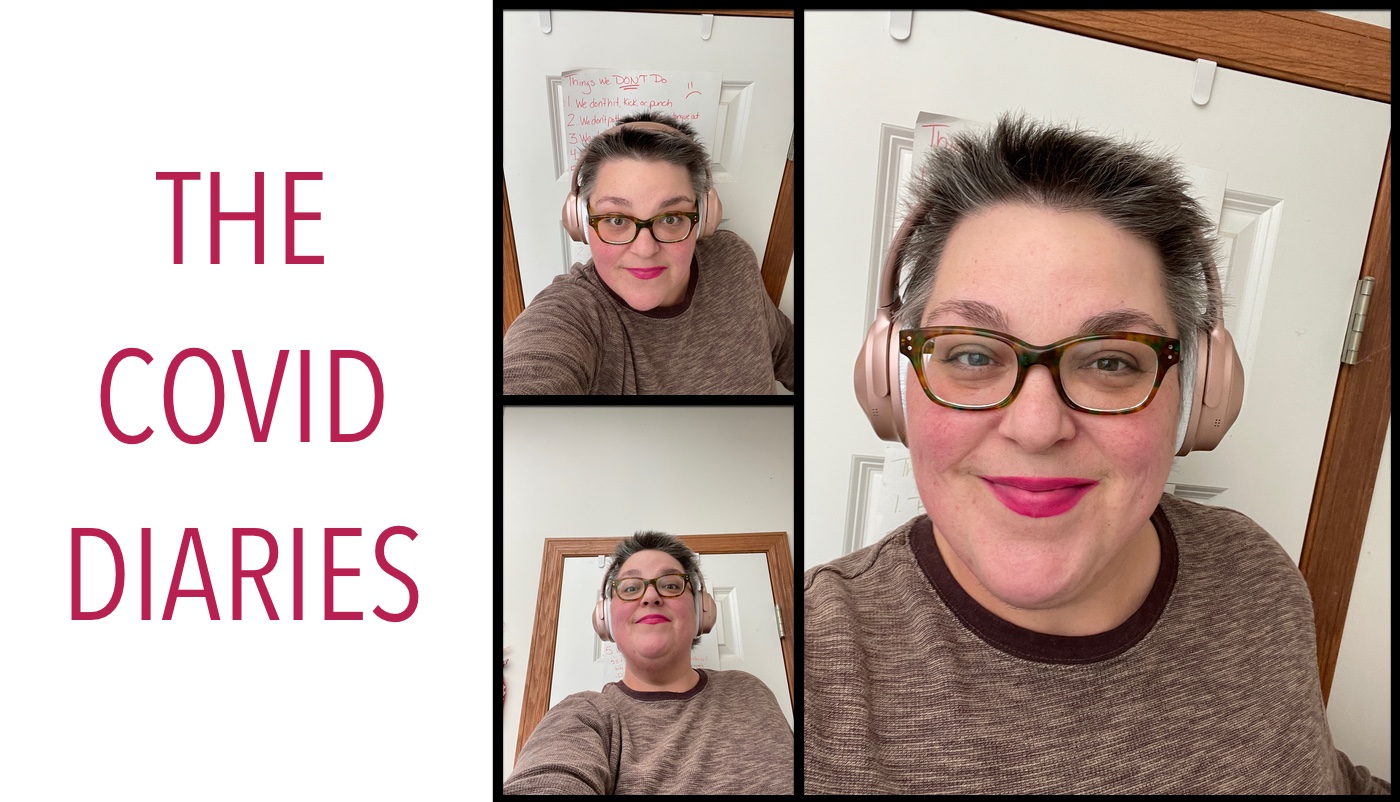 My rage meltdown started last night. My friend EM was talking about a clothing store with inclusive sizing for all kinds of bodies. She specifically mentioned they had clothes for women who were big and tall. Only, they didn’t. The longest inseam I could find on the site was 32 and at the very least I need a 34.

“A lot of places think being tall stops at 6’3″,” I told her. I won’t bore you with my fashion woes again. I got my Stevie Nicks shirt and the one I’m wearing in the picture above which is my very favorite winter shirt for three reasons:

After we got off the phone I spent some time scrolling through TikTok. I’m sure it will come as no surprise to you that I’m frequently on tall people tiktok and also single tiktok. I mean, duh. But last night I had to quit tik-tokking after I hit two dudes in a row whose videos were basically, “I’m 6’3″ ladies, come love me.” And that was it. No mention of their astrological sign or interests or career. Just “I’m tall.”

This afternoon I was gonna TikTok and take a nap, but then I hit on about eight more of those kinds of videos in a row and I got so ragey my heart began to shake. That’s when I got up, took pictures of me standing in front of the 80-inch closet door and decided to complain.

First of all, I do not believe men when they say how tall they are. They are all liars, except for my friend Wolfdogg who is as tall as he says he is. I can’t remember what that is. Maybe 6’8″.

All the other men lie about their height and because they do, they expect that I am a liar too. The last guy I dated claimed to be 6’5″ and when we met I was all “either you’re a liar or I’m 6’7″.” Turns out he was a liar, and not just about his height.

I do not lie about my height. I have no reason to, it would get me literally nothing. It’s not like being a 6’5″ woman has been a great boon to my life. I have been fetishized or rejected due to my height more times than I can count. I get called intimidating on the reg, and if you want to see me get so frustrated I cry, let’s talk about general admission concerts. Being 6’5″ tall is a literal pain in my ass. Add to it that I’m fucking fat and I really won the genetic lottery now I didn’t I?

Am I angry about being a 6’5″ woman? No. There’s not a damn thing I can do about it. Might as well be angry at the sun for shining. I’ve long accepted that I’m never gonna fit.

However, I can be and am angry at the fucking double standard. Men can be all, here I am with my 75-inches of dad bod and beard and women are lined up around the block to date them based solely on those stats.

And here I am, 77 inches of fucking hilarity with pretty eyes, great breasts, financial independence, cooking skills for days, intelligence out the wazoo, and I can make cozy blankets with my own hands. And what do I get? Not even a shitty t-shirt because it wouldn’t fucking fit me anyway.

COVID diaries On being tall