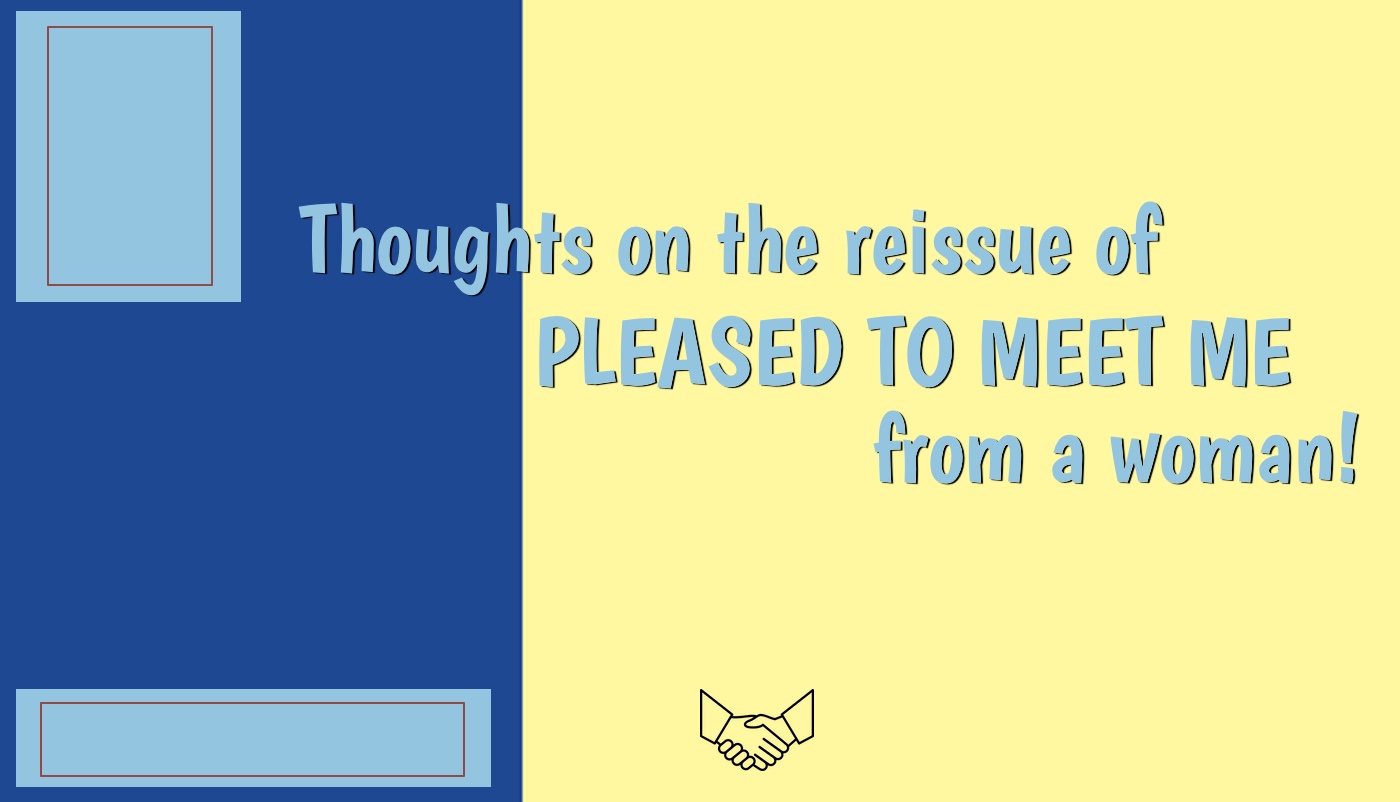 Here’s the thing with all The Replacements’ jibber jabber going around about books and movies and the reissues. . . the only people they ever talk to are white dudes who, shockingly, have zero new things to say about the ‘Mats that hasn’t been said about a floppily jillion times before. Westerdudes annoy the crap out of me. Unless I already love them and/or find them attractive.

We get it, you identify with the ‘Mats. You saw them play drunkenly at a bar in like New Jersey one time. Yes, you stood next Bob Stinson at fucking Super America once. WHO CARES?! We’ve heard it all before.

Being a female ‘Mats fan is not easy, because it is very much a dude space and even though I am in my 40s I still get asked by men, “Why do you like The Replacements? None of them are cute.” Or they will explain the shitty production of “Tim” to me. Or the various renditions of “Can’t Hardly Wait.” Or why PTTM is so important in Mats’ lore and other shit I already know. It’s as though being a woman means that I can’t read or spend time in seedy corners of the Internet talking about The Replacements for years or run my own Paul Westerberg site.

Excuse me while I barf for four million years.

Also, when I tell my fellow female Westernerd, EM, I get asked about the cute ‘Mat she will howl with displeasure and then whimper, “Tommy is adorable.” Incidentally, EM called me in the middle of writing this to say, “Some of these demos are fucking awesome!” God, love her.

So yeah, Westerdudes make me think I don’t love The Replacements as much as I do. I forget.

Then the Pleased to Meet Me reissue comes out and I get hearts shooting outta my eyes. Here are some random thoughts that occurred as I listened to this, my fourth-is favorite Replacements’ record.

Paul Westerberg opened night two at the Pantages back in 2004 with this one and it is impossible not to wiggle too, which is saying a lot because The ‘Mats aren’t a really “I can dance to it” kind of band.

Since I came to The Replacements backwards and super late, I remember my mind being blown when I discovered Alex Chilton was an actual, factual human being. I was in the parking lot of the Barnes & Noble in Burnsville back when it used to be in the strip mall across the street from where it is now. I turned on Sugar, my 1979 Chrysler Newport and caught one of REV-105’s “evolution of the revolution” interstials. And I think it was like without Alex Chilton there’d be no Matthew Sweet (or maybe it was Sugar or Bob Mould?). Then. . . KABOOM. My friends laugh at me when I tell this story and think, “wow, you were so dumb.”

Also, this is Sister #2’s favorite Replacements’ song and at last year’s Rock & Roll Bookclub Dirty Santa party she got super drunk, made Wolfdogg play it on the guitar, and drunkenly sang it to us while explaining why she loved the song so much and chair dancing. And people think Social Work Professors are no fun.

Bleh. This song is a throwaway and you know it. Skipping it.

Another throwaway. Nobody cares where you’re gonna park, Paul. How did this song make the cut & “Learn How to Fail” not? Dudes, you can explain this one to me. Just kidding, I don’t care what you think.

Uffda. This song. Suicide songs are tough, obviously, but the line that always slays me is the one about the officer trying to reach for the boy and how there will be no medal pinned to his chest.

Remember how I was in the book All Over But the Shouting? Duh. You can see my contributor’s bio on my About Page. Rumor once had it that Nirvana named their album after this song, but I think that’s been proven false. I’m too lazy to look it up. This is a low-key great breakup song. The words I thought I brought I left behind.

The opening line of this one gets a lot of love, but I think if you were a pill I’d take a handful at my will really is the best line here.. Actually the whole fucking song is good. If you’re strung out on some face, I know it’s not mine? This is reminding me why this is the band of my heart and my soul and my bones.

Fun Fact: even though this a pointless, garbage song, the title of the book I wrote and never got published is called ROCK & ROLL LOUDMOUTH from this song.

Now, I ain’t no connoisseur cat, the kinda-sewer rat. Need I say more?

Easily one of the simplest, most beautiful songs Paul has ever written. Like who doesn’t listen to Skyway and then have their heart fall out their butt? It’s just a thing that happened.

Once upon a time ago, The Current’s Mac Wilson had a deliciously salty tweet about either a City Pages list or maybe it was a list made by Current Listeners that dubbed Atmosphere’s Say Shh as the Minnesotaiest song of all time. I am paraphrasing here but he was all, it’s so dumb to choose a song that just lists a bunch of suburbs over a song that is about an iconic Minnesota thing (the skyways) and has an emotional resonance that just oozes Midwestern awwshucks with ope! and a little bit of uffda.

People are fucking idiots (I said that, Mac did not, I mean he might but not in the tweet I’m talking about).

If I Will Dare didn’t exist, this would probably be my all-time favorite ‘Mats song. Though I prefer the Tim version or maybe the airshaft version* more. Something about the horns kinds of cheapens it for me? I’m not sure. The build at about 2 minutes into the song makes me heart soar.

*I’m not 100% sure if this is the airshaft version. I think it is. Westerdudes, you don’t need to come explain to me if I’m wrong. It will be okay.