Last night on the Twitters while in the midst of a discussion about Catcher in the Rye, I confessed that as a child I used to read the TV Guide when I ran out of books to read at home. 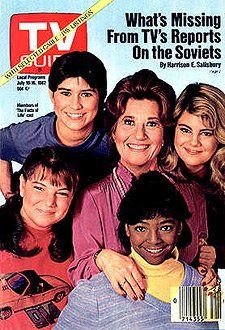 We were subscribers to the fancy TV Guide that came once a week with a glossy cover and not that shitty one that came in the Sunday paper. I frequently read the thing cover to cover and when I was done I would finish the crossword puzzle in the back, which always pissed off my mom. Apparently she was going to get back to it at some point, but I figured if she didn’t know the answers the first time around they weren’t going to come to her in a dream.

I, of course, knew all the answers because of the aforementioned cover-to-cover action. I could also tell you, every week, which shows were knew and which ones were re-runs. I had a good memory.

This was all well and good and usually occupied me for about an hour. There’s not a lot of meat in the TV Guide. I also read the daily paper starting at a young age. In fact, I read the newspaper with such regularity that one time in the 90s I impressed the hell out of my mom and the dude working the STrib booth at the State Fair with my ability to recall from memory when the Star and the Tribune merged (1982). Neither of them thought I was right. I was.

Because I was a kid very few of the stories in the newspaper really held my attention for too long. Mostly I looked at the pictures and read the comics and really hoped for a story about the North Stars in the Sports section.

When I was in really dire need of reading material I turned to our collection of encyclopedias. We were rich with encyclopedias. My parents had decided this was the best thing they could get their kids so we would be smart. We had three sets of those suckers the Encyclopedia Britannica (the fancy pleather-bound ones) that we never used because they seemed too fancy plus the print was small and the paper was thin; the World Book encyclopedias, our favorites; and the red Encyclopedia Britannica Jrs, which we never used because they were for babies.

I even had favorite volumes of the World Book — C, D, P, and N. C and D because they had a section for cats and dogs with a ton of pictures. I spent many a lazy Sunday lying on my belly and choosing my favorite breed of cat. Ditto the D for dog. P & N came in as a close third and fourth because of “Presidents” and “Nixon.” I was a weirdo kid.

My parents also had one parenting book that I cannot remember the name of. It was brown and it had illustrations. The only thing I remember about the book, which I probably looked at 98 million times, was this one parable about disciplining children. It involved a dad and daughter out for a walk and he kept telling her to stay on the path, but the girl kept running off the path. Finally, the dad got fed up and spanked the kid for straying from the path. Then, as the parable went, she looked up at him in tears and said, “Daddy, what is a path?”

This also book taught me at a very young age where babies come from — at least the whole gestational part in the mother’s womb. I don’t think it covered sex, just trimesters. And, Sister #2 discovered the truth about Santa from this book.

Another thing I read all the time? The educational pamphlet (piece of paper, really) that came in the box of tampons. It was not at all helpful when it actually came time for me to use tampons, but I sure do remember what the cross-section of a woman’s abdomen looks like — where the uterus, bladder, and anus are, and which hole the tampon goes in.