With today’s confirmation of Betsy “Guns & Grizzlies in the Schools” DeVos, it feels as though public schools and education as a whole are under attack by the the Fascist Turnip and his gang of Rich White Supremacist Liars. 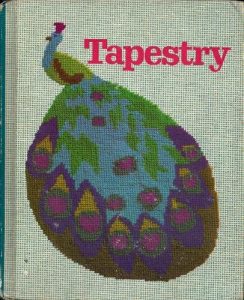 I’ve been educated by public schools my entire life. If not for public schools I’d be a massive lump sitting on a couch in my pajamas all day doing nothing. But thanks to public schools I’m a massive lump sitting on the couch in my pajamas all day doing stuff that earns me enough dollars to pay the mortgage. Thanks, Mrs. Winkelman! She was my second grade teacher, the one I have given the designation of teaching me how to read. Specifically Tapestry and Sunburst, at least that’s how I remember it. 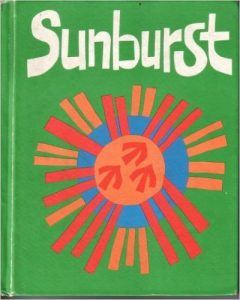 My third grade teacher, Mrs. Clark, was the first person I can remember talking to me about my extraordinary height in a way that totally normalized it and didn’t make me feel like a mutant, ever-growing freak of nature. She also, told me I believe, that bell bottoms look really good on tall girls.

Most of my teachers from junior high have fallen into an adolescent angst-filled blur of unhappiness and unacknowledged rage. I blame that more on the hell that is junior high when you’re a fat, bullied, 6’1-6’3″ girl than a failure on the educational system’s part. Except for Mr. Swanson, that guy was a super prick. He’s probably dead now because he was like a hundred back in the early 80s.

The other standout from junior high is Ms. Marquette, who will forever look exactly like Betty Boop in my memory. That’s not why she stands out though, she was the first person I ever heard pronounce the word “melancholy” and it blew my fucking ninth grade mind. In my head it was pronounced melan-cholly, with the ch like cheese and not like chrome. It was kinda French sounding in my head.

Once I got to high school, that’s when my teachers really had my back, encouraging me to read and write. Mrs. Linder, Mrs. Vold, Mr. Jackson were always full of effuse praise for a young writer who wrote some really shitty things. Really shitty. I will just tell you that I was a big fan of O.Henry surprise endings as a teen and be forever thankful that these teachers never laughed in my face because they totally should have.

Mr. Dahl was the first teacher to ever really make me work for a grade. I was a smart kid my entire life up until 11th grade and so school came easy. I never studied. I hardly did homework. I have no idea how I made the A honor roll all the time, but I did. That was until I took AP European History from Mr. Dahl and was quickly disabused of the notion that I had to work for a grade. I slowly worked my way from a D in the Fall to an A in the spring and still remember how proud I was when Mr. Dahl told me on the last day of class, “I’ve never seen someone bring their grade up that much in a year.”

I could ramble on endlessly about the teachers I’ve had. I went to a public university so I got about four more years worth of rambling I could do, and that doesn’t even begin to cover the friends and family in my life who are educators.

HOWEVER, one quick aside, Sister #2 is an assistant professor (though we like to joke that she is an assistant to the professor because we’ve all watched way too much of The Office) and she blew my mind last month when she told me about how she hands out her PowerPoint presentations to students and that it’s kind of an expected thing.

And then I felt like I was as old as Mr. Swanson, because PowerPoint in lectures? Can you even imagine? I mean you probably can if you went to college after the 90s, or whenever PowerPoint was invented. It blew my mind. Because I am old. And feeble.

But not too old or too feeble not to spend every damn day raging against the Turnip and the mockery he makes of our country and democracy every damn day. At least I have rage to keep me alive. Or something.

I don’t know. I kinda lost the thread on this one. Sorry.