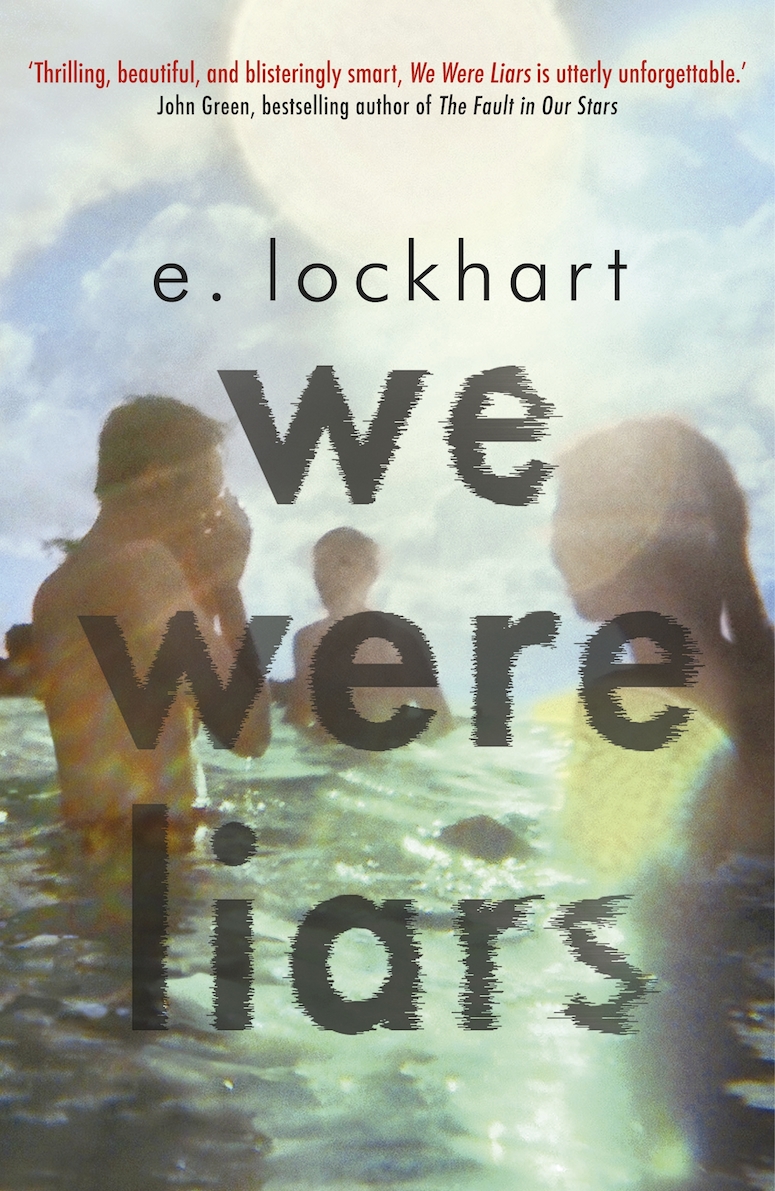 Some of my favorite reading experiences involve reaching that tipping point in a book where you make a conscious decision to eschew every other thing in your life to finish the book. That happened to me the other night in the midst of E. Lockhart’s We Were Liars. I can’t remember what exactly tipped me over into obsession. What I do remember is that spent a good three-and-a-half hours racing to finish the book.

It was a good race with a finish I could see coming, but didn’t wholly mind.

Cadence Sinclair Easton is a member of such a ridiculously wealthy family that the entire lot of them spend their summers in four luxurious houses located on their private island near Martha’s Vineyard. Yes, they own an island.

Cady is the eldest grandchild of the Sinclair clan, beating out her cousins Mirren and Johnny by a matter of weeks. The trio spend their idyllic summers on the island snorkeling, swimming at the tiny beach, avoiding “the littles” (the younger cousins/siblings) and generally living in the very lap of luxury. When they’re eight one of the Aunties starts dating an Indian man with a nephew the same age as the cousins. Gat is seamlessly integrated into the cousin group and they dub themselves the Liars.

Things go really well until Summer 15 (the liars mark the summers by their age) when Cady and Gat cannot deny their attraction to each other. I love the way Cady describes Gat, “He was contemplation and enthusiasm. Ambition and strong coffee. I could have looked at him forever.” As a reader I was a little swoony right with her.

Anyway, they spend the summer getting handsy and schmoopy all over the island much to the chagrin of family patriarch ol’ Harris Sinclair. That summer ends tragically though, with Cady involved in a harrowing accident that leaves her wracked with life-destroying migraines and a traumatic brain injury. She spends Summer 16 away from the Liars, barfing and wracked with pain in a variety of European countries with her estranged father. She longs for the Liars and a chance to fill the holes in her Swiss cheese memory.

She returns to the island during Summer 17 determined to find out just what in the hell happened Summer 15 and why the Liars abandoned her when she needed them the most. Their reasons are pretty good. I won’t say anymore lest I spoil the ending that you kind of see coming but not entirely.

This is one of those books that once the big reveal is made all sorts of things you read forty, fifty pages ago slide into place with an audible click. As I raced through to the end I found myself actually nodding in appreciation for the sly way E. Lockhart structured her book. There were a lot of “Ahhh, now I get it. Nicely played.” moments.

It could have been easy for this to go so wrong. An unreliable narrator with amnesia? Come on! But the book never comes off as coy or hokey. That’s impressive. I appreciated Cady’s earnestness and the struggles she has with her privilege and the lessons she learns from that privilege. Plus, the mystery about what happened Summer 15 is pretty engrossing. The ending is a little neat, but feels honest.

I dug this one quite a bit.