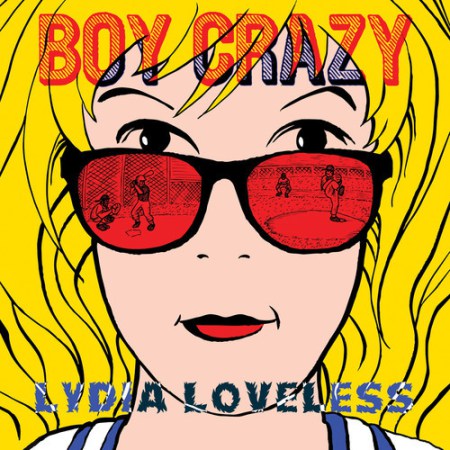 As a kid I kept obsessive lists of fun facts & trivia about my “Sweet Valley High” collection. I filled notebooks with brief plot synopses of each book and would often quiz myself on these arcane details. When I couldn’t sleep, which was often, I’d list the titles in order along with publication date.

I’m not sure what that has to do with this, but somehow they feel related. What is this? Well, it’s my playlist collection. I make a lot of playlists in iTunes. There are six folders filled with playlists in that vile piece of software. I hate iTunes but will save that pile of bile for another day.

For instance, I have one folder called R&R Book (aka The Beast). It contains 18 playlists which contain 232 songs or 14 hours and 34 minutes of music.

Because I spend a lot of time creating those playlist and because I like to write about music, I’ve decided to start a series called Into the MP3 Deeps (a play on Ellen Willis’ (AMEN!) Out of the Vinyl Deeps, obviously). I’ll keep this going for as long as it amuses me, which is probably going to be a lot longer than it amuses anyone else.

We all have our things. Shoulders, breasts, necks, or thighs, asses, ankles. You know what I’m talking about. I’m a hips woman myself. There’s just something super masculine about the narrowness of a man’s hips that gets my blood pumping.

So yeah, I collect songs that mention hips. Right now the playlist contains 50 songs, though I add to it all the time when friends send me songs or I catch the word ‘hips’ in the lyrics. Here’s some of my favorite ones.

Back in the Napster heydays I snagged a handful of Doughty’s spoken word tracks. I love them. This one is great, and a wonderful start to the playlist. It’s just a 31-second track with the line “And a shimmy that sent her hips in a liquid piston motion to the floor like cream shifting in a glass.”

Hips, By Someone I Don’t Know

A friend sent me this song a million billion years ago when I started collecting ‘Hips’ songs. This one has a slow, swingy feel to it, and a chorus refrain that repeats “Shut up, and sway your hips.” It’s way sexier than it sounds.

This one came on a mix-cd from my Westernerd pal, Scooter. I heard it and fell in love. With the song, not Scooter, though I do adore him so. There was a time in the early aughts when I was still working at Hell, Inc. and chasing some emotionally unavailable (to me at least) musicnerd where I’d spend most of my day listening to this song on repeat. It slayed me then. It slays me now.

While the song is written by a man to a woman, you could easily flip flop it to suit your romantic gender of choice. The sentiment of “I ain’t very good at saying things, but I can tape you certain songs” still holds regardless of who is doing to the taping. (also this explains why for about a decade “Singing in My Sleep” by Semisonic appeared on every mix I made for anyone I was even remotely interested in sexually or romantically [yeah, sometimes they’re not the same thing]).

And this line? “My heart is skipping beats as I let the needle fall on Sam Cooke and pray.” Come on! Also at one point he says “hold your gently swaying hips to mine.”

Seriously, this song will make any musicnerd totally gushy with love.

I used this song to get over a particularly painful heartbreak sometime in my early 30s. I can’t remember the year. For a very long time I couldn’t hear it without being super sad, but then I gave it to my friend Ray to get over his heartbreak. Since then song has become quite bittersweet in the great way that things that are painful and lovely at the same time are. It reminds me simultaneously of that long ago heartache, my friend Ray who I’ve know for 20+ years, and that very specific moment of singing with him in Ruby.

Lyric worthy of inclusion: “Your arms are the place I like the best. I cannot lie to your face, your lips, your skin, your hips, or your waist. I have tried to run away, but I am so unhappy when I am alone.”

I’ve written about this song in depth before. I won’t bore you with it again.

Lyric worthy of inclusion: “Let’s tangle up our fingertips and I’ll rest a hand upon your hips. There’s nothing to see it’s all so innocent.”

I love the line “just putting your body wherever it seemed like a good idea.” This is a pretty decent song about jealousy. But it’s the drum in this one that ties so nicely into the next song that really seals the deal.

Lyric worthy of inclusion: “I saw hips, I saw thighs, I saw secret positions that we never try. I saw jealousy.”

I’ve listened to this song fourteen times in the past seven days. Thanks, Last.fm!. This one is off Loveless’ EP “Boy Crazy.” And this song is the kind of song I’d write if I knew how to write songs. It’s sexy and fun and a little wry and the drum kicks all kinds of ass. And there’s the opening line: “Well he lives out in Idaho, and his jeans comes to just below his hip bone and when he lifts up his arms it makes me so wet, well I’d give up anything up for a night with that.” So good.

Party in the U.S.A., Miley Cyrus

I’m not even exaggerating when I say that I watched the ASL video for this song 92,146 times. Longtime readers will recall that I’ve written about this video before. (aside: how can that be four years ago already. How?) Would I love the song without this specific video? I doubt it. I probably would have never heard of this song without this video. And I still get a little swoony when he does the “moving my hips like yeah” part.

When We Swam, Thao & The Get Down Stay Down

Okay, I am getting bored with this list and not all of these songs have significant meaning in my life. Some I just like because the chorus is “oh, oh bring your hips to me.”