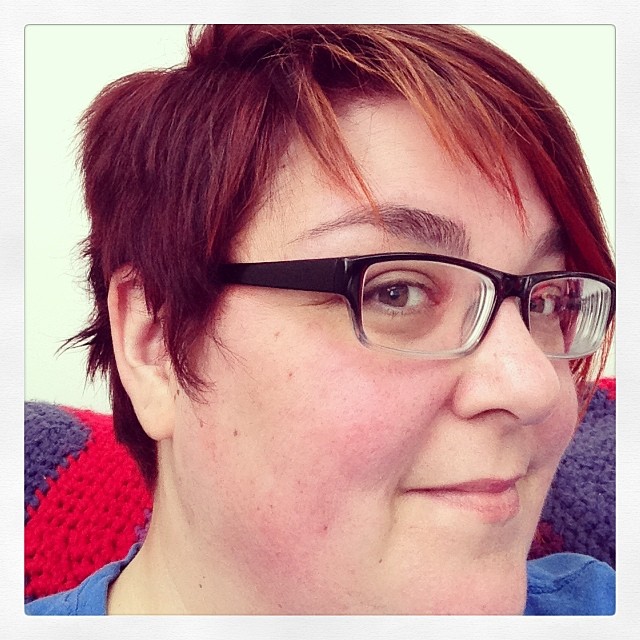 (pictured above, business on the left)

Helen and I found each other in the midst of the turbulent hairtimes that were the spring of 2012, shortly before my birthday. Jenny had abandoned me for some salon in the Hellmouth that is Eden Prairie, and the woman whose name I cannot remember turned my boring natural hair color into a hideous shade of Sun-In orange/blonde.

I can’t remember if I’ve mentioned this before but Helen is like a hair scientist. When you get her talking she’s all the geometry of this and the chemical makeup of that and the ounces of this. I do not ever understand half of what she says, but I sure enjoy listening to her say it. My only complaint with Helen is that she is short. Often I have to slump way down so she can reach the top of my head. I don’t mind because she makes my hair look so cool.

Today she was blathering on about some sort of hair social network the name of which I cannot remember and asking if she could take before and after pictures. As she walked around my potato head with her iPad (no, I didn’t make fun of her for taking pictures with it, but I totally wanted to), I pulled the ratty-ass back of my hair out of my sweatshirt. “Make sure you get this ishy mullety part,” I said.

Then she set to work. It involved an electric shaver, a razor, some scissors, three shades of a hair dye, a “citrine-like glaze,” and four hundred and eighty four mutterings of “you have so much hair.”

(I have a ridiculous amount of hair that often looks like a rabid raccoon died on top of my head. A giant, rabid raccoon that never managed to rinse all the conditioner out of its hair.)

Two hours and forty-five minutes, one hundred and forty dollars later I had, what is essentially, a twenty-teens mullet. Alana from Saga was my hairspriation.

(Party on the right, pictured below) 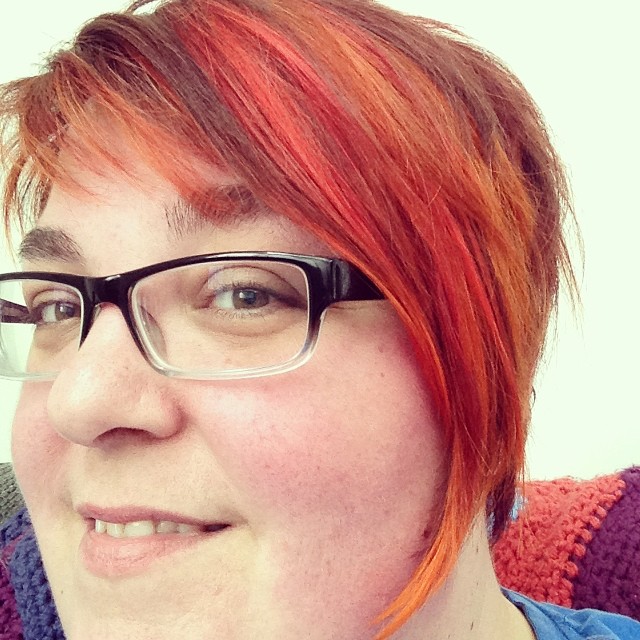