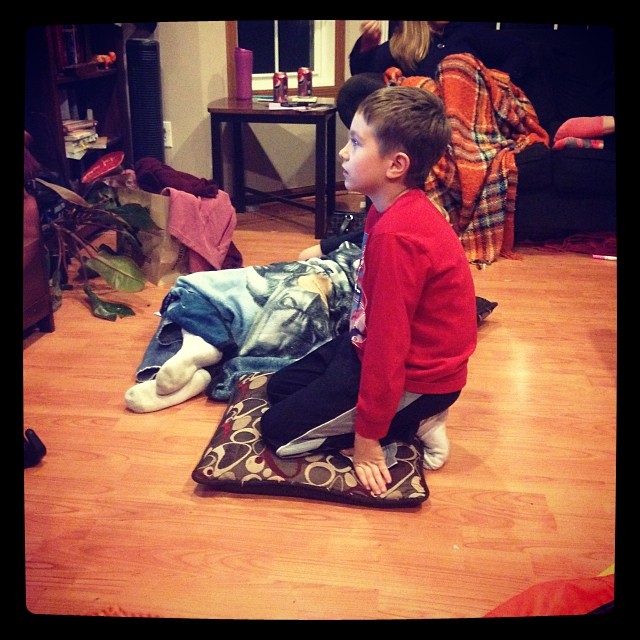 People are such assholes. Like, I know this. We all know this. But it seems on the Twitters that all the people who were hooing and haaing over football today are the exact same people professing their apathy over tonight’s premiere of “Downton Abbey.”

I don’t give one fucking lick about football (or baseball or basketball) or any sport that doesn’t take place during the winter Olympics (and, incidentally, involve the possibility of imminent death), but I let those cheerleaders tweet without telling them the stuff they care about is stupid and pointless and so beneath me. Instead, I nap and watch reruns of “The Love Boat.”

In fact, truth be told, I kind of think it’s adorable the way the sportslovers of Twitter get all twitterpated when there are exciting sports things going on.

This is all a long way of saying, I probably need to lay off the Twitter. Also, I have decided Boring Sundays could probably do with a healthy dose of petty bitching.

This Boring Sunday, I went to Family Dinner even though I really, really didn’t want to. I didn’t want to go because Ruby’s been pretty inconsistent with her desire to start when I turn the key, and it’s really, really very cold out — so cold out the governor pretty much cancelled Monday. But there were birthdays to celebrate (Sister #3’s and Nolan’s), a dog to cuddle (Walter), and pizza to eat (sausage, onion, and jalapeńo). I couldn’t miss that. And, there is the fact that because of the Ruby problems I haven’t actually left the house since last Sunday. I think. Oh no, I left the house on New Year’s Eve.

Between the holidays and the angry hermitude I have lost the ability to keep track of the passage of time.

The best part of family dinner was when Liam climbed up into my lap with the iPad and proceeded to go through Pintrest and point out all the things he wanted me to make him for next Christmas. All of them were Minecraft related. We argued about how I wanted to make a cute thing and how he wanted a cool thing. I don’t really care what he wants me to make him, I just enjoyed the fact that he will still sit in my lap. I know those days are coming to an end. Not that it’s all bummer as they age out of the cuddling stage. Because soon enough they get into the old enough to go outside in the freezing fucking cold and start your care for you stage, and that stage ain’t too shabby at all. Maxwell has become my go-to car starter. It’s pretty awesome.

Oh! I also made cookies today and got to use the fancy baking mats I got from the The Tibbles for Christmas. It was monster cookies, which are Sister #3’s favorite. I’m a good sister like that. Though Sister #2 did announce that I was a bad person because I keep forgetting to bring her The Goldfinch.

So how else was I boring today? I did some work, because I felt like it. It didn’t take very long. I ate leftover spinach and chickpea mac & cheese which was slightly less mediocre than it was last night when I made it.

And I watched 88 episodes of “The West Wing” which is my new addiction. Considering my love of political wonkery I am surprised that I waited this long.