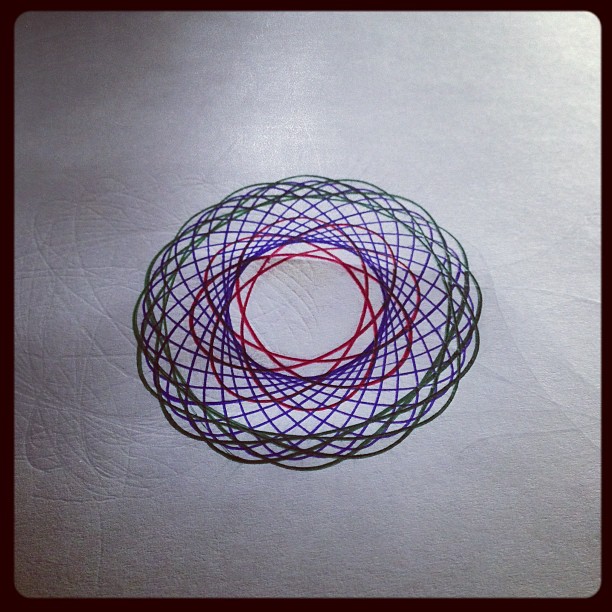 Once again I eschewed “Meet the Press” to do something else. This time it was running to the unSuperT to get some broccoli and, apparently, about $84 worth of other stuff. Two-dollars of that other stuff included chocolate peanut butter PopTarts. I’m moderately excited about this new breakfast food development. Not as excited as I was when I discovered peanut butter Cheerios, but way more excited than when Trix went back to regular ball shapes rather than the stupid fruit shapes.

Even though I arrived home from the unSuperT while “MTP” was still on, I decided to settle in with the Internet and United States of Americana, which is my new favorite thing. This week’s show ended with the trifecta of John Fogerty with My Morning Jacket, The Jayhawks, and The ‘Mats. Can you see why I love it?

Speaking of John Fogerty, I listened to his new album three times yesterday. I might have listened to it on repeat all damn day if I wasn’t at the point in my writing of the longish fiction thing where I can only listen to female musicians. The Fogerty thing might tip over into a Stevie-Nicks-type obsession. It’s too early to tell. Consider yourselves warned.

Thinking about writing, napping, bathing while listening to The Golem and the Jinni.

Then it was Family Dinner, where we we celebrated my birthday. I got a Spirograph, which is totally rad. As far as I can remember we didn’t actually have a Spirograph growing up, but I know for sure The Flodings did and I loved it. Whenever I was over there playing, it was the only toy I wanted to play with. 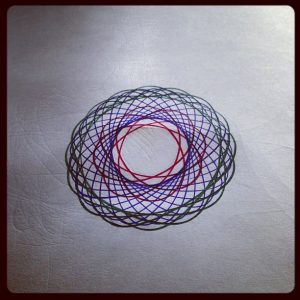 It is awesome and my nephews and I had a lot of fun playing with it tonight. This toy is so great it managed to pry boys away from Minecraft. Clearly, it is made of magic.

Mostly this year’s birthday was kind of a bummer. I blame the shitty, cold, unending gray weather for a quarter of the bummer. I take half the blame for it. You get the birthday you tell people you want. I know this. It’s why I usually have the best birthdays ever. However, this year I was so consumed with work-related anxiety that I didn’t make any time to set expectations.

Also, this year I got to re-learn the lesson that you cannot make thoughtless people thoughtful or make them care about you as much as you would like them to care about you. I guess that’s sort of a gift, right?

[redacted due to pettiness & chickenshittiness]

Man, what a crap Sunday. If the sun doesn’t shine soon, I don’t know what’s going to happen.