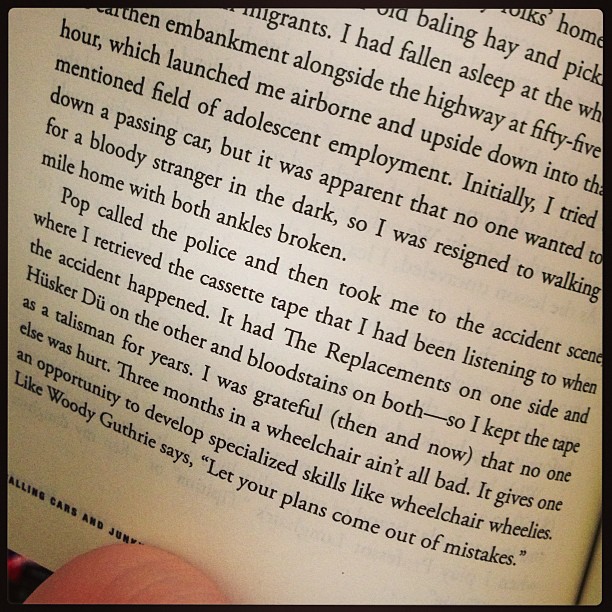 Woke up to the beeping of the coffee maker, the beep that means it’s turning off because I slept through the beep that meant coffee was ready. I ignored the beep and squeezed my eyes shut hoping to go back to the dream. The dream that involved making out with a scruffy Joshua Jackson (Pacey from “Dawson’s Creek”) in someone’s messy kitchen. It was the kind of dream where I could feel his hands pulling my hips toward him, his whiskers against my lips.

Waking up to cooling coffee and David Gregory is a too harsh reality. I want more Pacey and necking in a kitchen. I want that now, even as I type. Maybe my nap will bring something sexy and glorious to my subconscious. And make no mistake there will be a nap.

Betcha didn’t realize I write the Sunday & Boring posts in chunks throughout the day. Look, you’re getting an inside peek into how the sausage is made. Write the Sunday & Boring posts is one of my favorite things to do. I like that it forces to me to write something no matter how shitty the writing week has been. (and this week was super shitty until Friday when I had a revelation that involved my main character playing Pitchfork before she fucked the reporter. Makes so much sense. It was such a revelation that I smiled my ass off all through Friday night and spent most of Saturday in an almost post-coital afterglow.) I had something else to . . . oh yeah, sometimes when I do things on Saturday I think “hey, you should save this for tomorrow so you have something to write about” and then I say “you could just say you did it on Sunday nobody would ever know” and then I say “but that would be cheating and lying.” I am, if nothing else, an honest nutjob.

After bitch-tweeting “Meet the Press,” I was all Jodi-on-the-spot with the remote which means I didn’t watch any of the the church show that comes on immediately after “Meet the Press.” I quickly clicked my way to TBS, because TBS is always my mindless TV go to. It is currently showing “You, Me, and Dupree.” This is a movie that stirs up much conflict in my heart. First of all, I’ve never actually watched the whole thing. It seems stupid. But the allure of Matt Dillon is strong. I love Matt Dillon. And Seth Rogen is yummy. And so is Kate Hudson. I watched “Almost Famous” on Friday (it was a double feature with “High Fidelity”) for the first time in years. That scene where she sees Russell backstage at the Black Sabbath concert and shakes his hand, that slays me every time. And her hair in the entire movie. And that coat she wears.

Yeah, I think I better go read a book before my brain falls out. 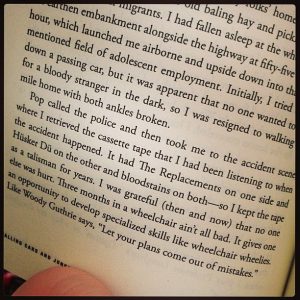 I spent a little time reading Falling Cars and Junkyard Dogs which I am alternately loving and finding totally boring. Then I spent some time staring into space thinking until I had to go pick up Jaycie and Max at work. They are working weekends at my parents’ diner and it has made everyone involved ridiculously happy, especially Jaycie and Max who are rebuilding a relationship with my dad who sort of stormed out of their lives fiveish years ago.

Upon my return home I rolled a kajillion peanut butter and chocolate cookies for family dinner while listening to Kicking & Dreaming: A Story of Heart, Soul, and Rock & Roll. Soon I will regale you with all sorts of Heart fun facts. Please contain your excitement.

Now I am marching through Pacey’s greatest hits. I started off with Spring Break at Aunt Gwen’s am now in the midst of junior prom. I’m hoping to hit up The Leery’s wedding & stuck in the K-Mart before my attention span wanes or I have to go to dinner. I might have to skip the wedding and head right into K-Mart. I jumped to K-Mart. I’m a weak, weak woman.

So then family dinner featuring fresh fruit, French toast, and those damn cookies I made. We spent a lot of time talking about phone numbers and old prank calls and, of course, how my bitchy sisters wouldn’t let me be in their fake band even after I asked if I could be in the band. This will probably be a topic of conversation until I finish the Heart memoir.

We also talked about how I was going to treat my birthday this years as the 20th anniversary of my 21st person. Jaycie was quite alarmed when I said I was going to do 41 shots. Then I told her what would actually happen is I’d have one gin & tonic and then drive home.

Now I’m home avoiding the social media as to not spoil Mad Men which I can’t watch until tomorrow and if you don’t think I’ll be checking it out at 7:30 a.m. tomorrow you don’t know me at all. At all!