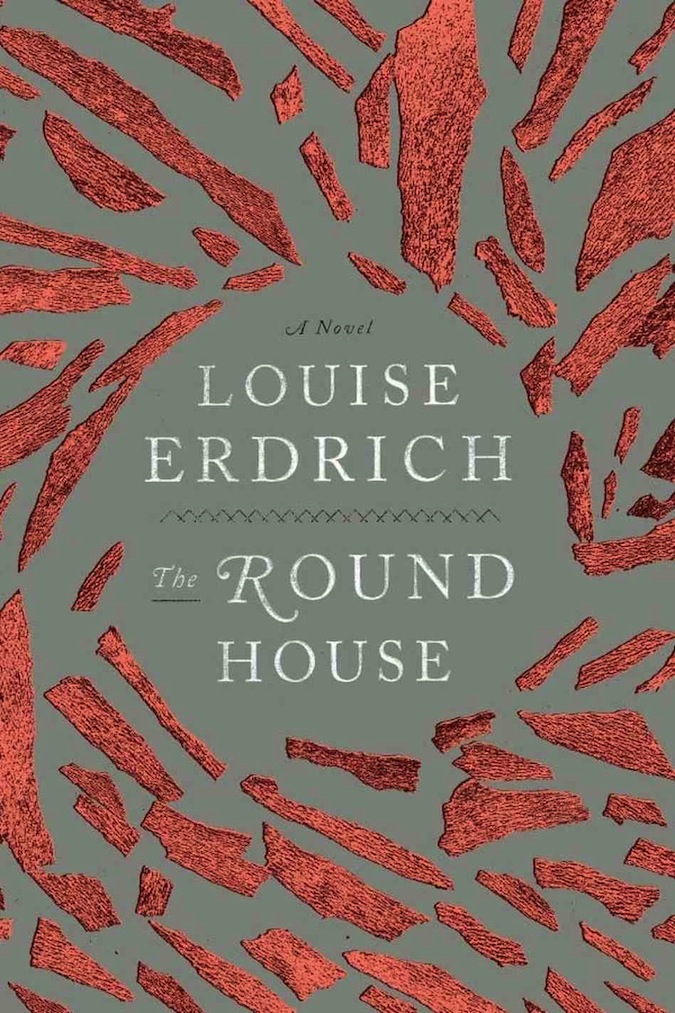 One of the things I learned in the bajillion writing classes I took at The Loft is that when fiction is really good it can teach you things without ever seeming like a lecture or that you’re taking a class. Like, real actual factual things and not just about the tenderness of the human heart.

I learned a lot reading Louise Erdrich’s The Round House. Sure I learned about human hearts and darkness and spirituality, but what stuck with me was the clusterfuck of legal precedents that have made trying to find justice on Native American reservations a nightmare.

Reading The Round House was quite uncomfortable at times. Not only because the plot centers around a horrific rape and murder, and the vengeance a teenage boy seeks for his mother, but because I had to spend a lot of time dealing with my own ignorance.

It’s 1988 and right before school is out for summer, thirteen-year-old Joe Coutt’s mother, Geraldine, is horrifically raped and nearly murdered at The Round House, a sacred place at the crossroads of Federal, State, and Reservation land. Joe spends the summer coping with his mother’s rape and her subsequent depression, and getting his buddies to help him find the man responsible for the attack.

Part Scooby-Doo and part “Stand By Me,” The Round House is the most emotionally-gripping, heartbreaking coming of age story I’ve read in quite some time.

Joe bumbles through his summer with all the grace of a thirteen-year-old boy. He raises tiny ruckuses with his BFF Cappy and their buddies Angus and Zack. He ogles his sort-of-aunt, Sonja, a former stripper who is in a shitty relationship with Joe’s uncle Whitey. He worries about his mother succumbing to the depression that overtakes her in the wake of the rape. He hangs out with his old grandpa, Mooshum, and learns ancient stories about Windiigoos and their tribe’s history of violence against women. He spends time with his dad, a tribal judge, going through old cases looking for a possible suspect.

Along the way Joe learns much about his people, the history of the reservation, and how centuries of racism and injustice has made trying crimes on the reservation particularly difficult. It is this, the laying out of legal precedent, that astounded, enraged, and embarrassed me. I was astounded and enraged because this was totally new information to me and it is ridiculously unfair. I was embarrassed because this was totally new information to me. My ignorance regarding the continued plight of Native Americans is vast. This is all the more shameful considering I live not very far from a reservation.

But don’t let this keep you away from The Round House, like I said it never feels lecturey. In fact, for Joe and readers like me, the learning comes as a thousand, tiny, heartbreaking revelations, and because of this when Joe decides to take justice into his own hands, the reader wholly understands why.

This is one of those books that is so smartly written it’s hard not to want to dissect it and see how Erdrich made it all work. It’s just so damn smart. There is a scene between Sonja, Joe, and Mooshum that is so devastating and titillating I could read it over and over and over again and not just because it’s so magnificent but because I want to figure out out what kind of word voodoo Erdrich performed to pack so much emotion into a single scene.

The Round House is a good one and totally worthy of the National Book Award.