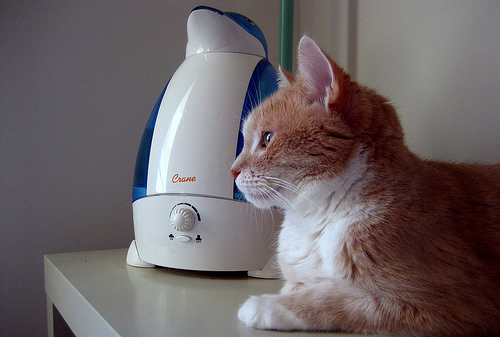 He was named after my favorite U.S. president, James Madison. What else is a sassy twenty-three-year-old PoliSci major to name a beautiful orange kitten? My dad had suggested Cinnamon, because apparently he thought I was still twelve in 1995.

Madison came into my life in July 1995, a belated birthday gift from my youngest sister. He was always meant to be my cat. I lost him twice. The first time was only for a few hours. The second time he was gone for a week, and I had begun to make peace with the fact that I’d never see him again. And then as quick as he had disappeared he popped out from underneath my parents’ deck. We were never separated after that.

He loved McDonald’s French fried and Pringles. If you ate a tuna fish sandwich with Pringle, the cat would lose his kitty mind. He was particularly adept at finagling open a box of donut holes and scooping one out.

Madison was the perfect cat for me. He was independent for the most part, and only asked for attention when he really wanted it. He’d often climb up next to me and rest his paws on my thigh. He never sat still when you’d pet him, and I’d often say, “Madison, you make petting you into some sort of Olympic sport.”

I loved the hell out of that cat. He was so much a part of our family that, much to my humiliation, my mom had a Christmas stocking made for him (Paco too).

Tonight when I went to make dinner, I realized I hadn’t seen Madison for most of the day. I called his name, something he always answered to, and when he didn’t come I worried.

I climbed the stairs slowly, like a victim in a horror movie, calling his name. I found him on the floor near the foot of my bed.

“Madison!” I yelled. He couldn’t even turn his head, instead he let out a soft whimpery meow.

My tears fell immediately. “It’s okay, Madison.” I said and lifted him up. “It’s okay.” He couldn’t walk. He could barely move. I brought him downstairs and we sat in the La-Z-Grrl. I pet him for awhile and cried and told him that I loved him and it was okay. I did that until I could hold it together enough to call Sister #2. She, Ben, and Max went with me to the emergency vet where I had Madison put down.

“What’s wrong with him?” each of the very nice people who work at the Vet asked.
“He’s old,” I said.

It all happened really quickly, and for that I’m thankful. I did not want him to suffer. I loved him too much. For the past few years I’ve been preparing myself for his death. I knew it was coming. Death always does.

Sixteen is a long time for a cat to live. I’m honored that Madison spent so much time with me. I’m gonna miss the hell out of that cat. God, I loved him.

@TGroman @Wolfdog All I‚Äôm saying is obviously she likes us better.